MAY188226
From TOMYTEC. From TOMYTEC's LittleArmory 1/12-scale weapon model series comes a figma of one of the series characters: the Asagiri High School student, Ena Toyosaki! The smooth yet posable figma joints allow you to act out a variety of different scenes and flexible plastic is used in specific areas, allowing proportions to be kept without compromising posability. She makes use of drawer joints in her shoulders allowing her to easily wield weapons from the Little Armory series and comes with a plastic model runner kit for a 1/12th scale Japanese Howa Type 89 "Folding Stock" is along with a 9mm pistol. She comes with both a standard expression and a battle expression for combat scenes. The background sheet of the figure's packaging includes a papercraft design to create some combat rations and the package includes an original illustration by illustrator Haruaki Fuyuno! An articulated figma stand is included. 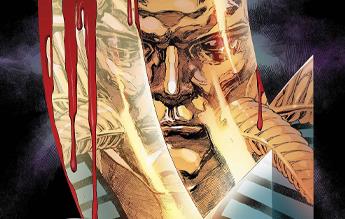 Every week PREVIEWSworld calls attention to those comics, graphic novels, and toys which stand out from all the rest. These items can be found at your local comic shop on November 25th!