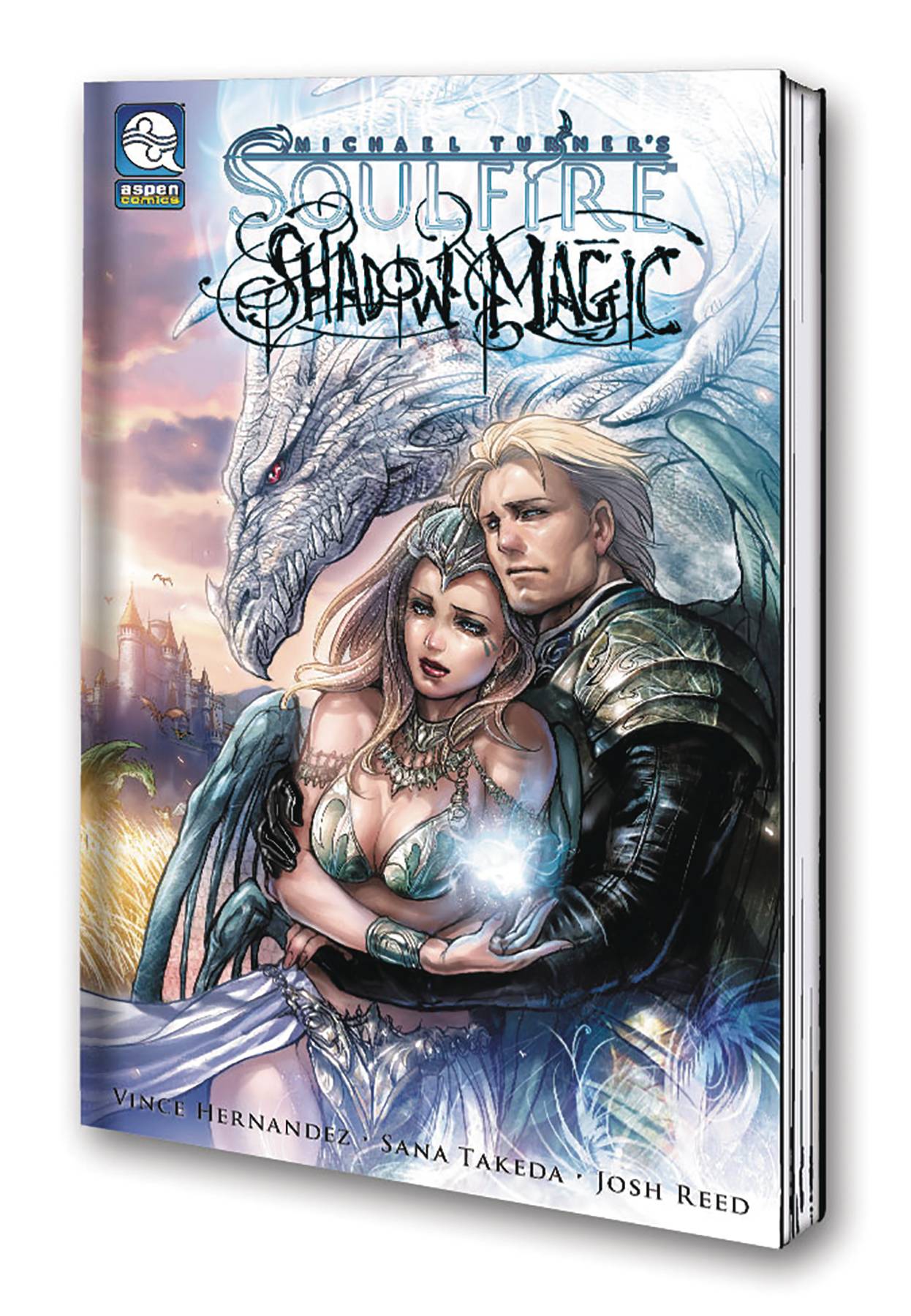 #
MAY181405
(W) Vince Hernandez (A/CA) Sana Takeda
The world of magic has gone dark...
Before the return of the light forever altered the events of the present SOULFIRE universe, a long ago era of flourishing magic enveloped the land as well as SOULFIRE's preeminent heroine, Grace. Amidst a bloody war between the two dominant races, the Rahtumi and the Sethoru, that endangered both of their existences, an even greater threat soon emerged. It is a malevolent form of magic that threatens to cast a dark shadow over all that is decent and magical by consuming everything in it's path. And through all of this perilous disorder, Grace attempts to overcome the greatest obstacle she has yet to encounter in her time in Empyrea-the bonds of love. Collecting together the entire sold out SOULFIRE: SHADOW MAGIC mini-series, and fully illustrated by Sana Takeda, this long-awaited trade paperback is a must have addition to everyone's SOULFIRE collection!
In Shops: Jul 11, 2018
SRP: $14.99
View All Items In This Series
ORDER WISH LIST