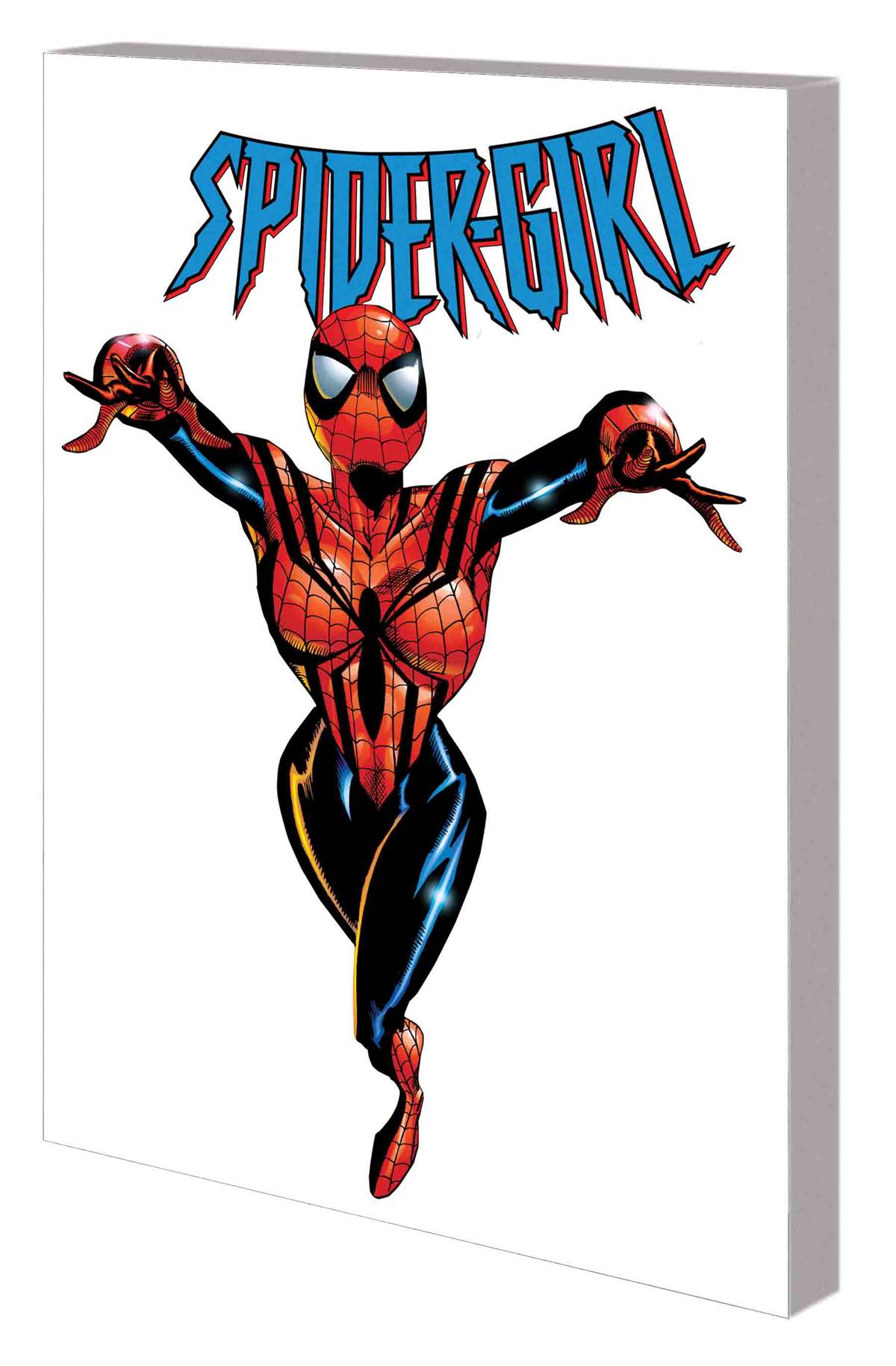 #
MAY180985
(W) Tom DeFalco, Ron Frenz (A) Ron Frenz, Paul Ryan (A/CA) Pat Olliffe
What if Peter Parker and Mary Jane had a daughter? The ever-amazing answer is she'd be May "Mayday" Parker - A.K.A. Spider-Girl! Spinning out of the pages of WHAT IF? into her very own universe, the teenage Mayday inherits spider-powers and dons her retired father's red-and-blues! Now follow her adventures from the beginning as Mayday learns about Spider-Man's legacy and wrestles with whether to follow in his footsteps! She'll face threats old and new - from the Venom symbiote and Kaine to Crazy Eight and the Dragon King - and meet incredible faces from the future Marvel Universe including Darkdevil, Wild Thing, the Fantastic Five and the newest roster of the mighty Avengers! Discover a friendly neighborhood hero for a new generation! Collecting WHAT IF? (1989) #105; and SPIDER-GIRL (1998) #1-15, #1/2 and ANNUAL '99.
Rated T
In Shops: Jul 25, 2018
SRP: $39.99
View All Items In This Series
ORDER SUBSCRIBE WISH LIST