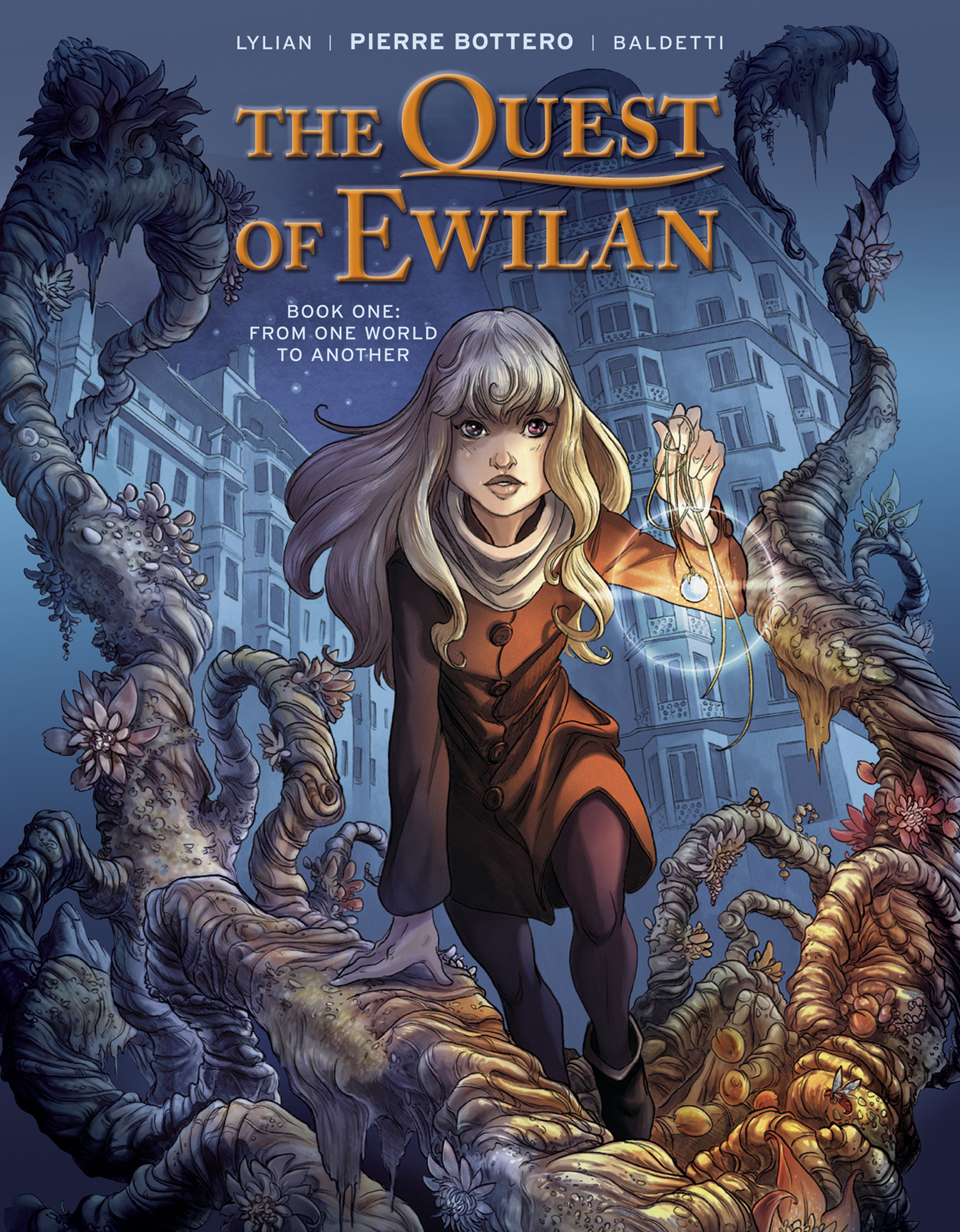 MAY180763
(W) Lylian (A/CA) Laurence Baldetti
13-year-old Camille's life is forever changed when, trying to avoid an oncoming truck, she falls through a portal to a parallel world called Gwendalavir. There, she's immediately threatened by creatures called Ts'liches, who claim that they've been searching for her so they can kill her! Luckily she's zapped back home, but her best friend Salim is skeptical of her story...until giant spiders attack them from the other side.

Soon she discovers the secret of her past: she was born on Gwendalavir, the daughter of two powerful magicians who sent her to our world for her protection. Camille has inherited a tremendous gift: magic drawing, the ability to manifest things by envisioning them in her mind. As the battle for two worlds intensifies, she hones the skills that might be a decisive weapon in the struggle of her people to regain power and restore freedom and dignity to Gwendalavir.
In Shops: Aug 22, 2018
SRP: $14.99
View All Items In This Series