INJUSTICE VS THE MASTERS OF THE UNIVERSE #1 (OF 6) 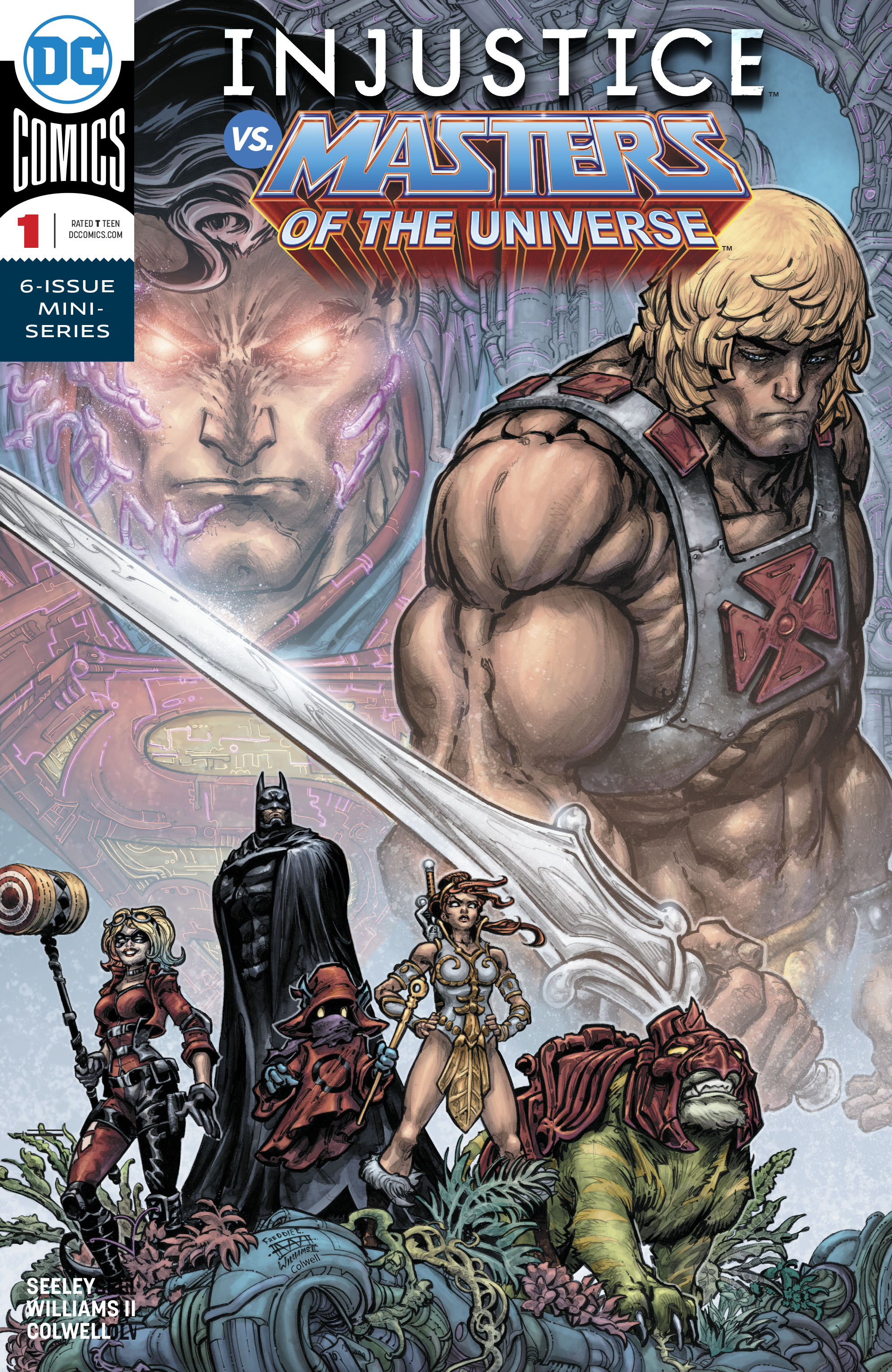 MAY180473
(W) Tim Seeley (A/CA) Freddie Williams II
Believing He-man and the Masters of the Universe defeated, a robotic impostor has seized control of Eternia-but not for long! After freeing his kingdom from this strongman's rule, Prince Adam learns not everyone is pleased to see the pretender deposed-but Adam knows the value of freedom. So when heroes from another dimension ask his aid in deposing a super-hero turned dictator, he agrees. Teaming up with Batman against the Superman of the Injustice Universe, He-man and his new allies face dangerous and familiar enemies in a battle where no world is safe!
In Shops: Jul 18, 2018
SRP: $3.99
View All Items In This Series