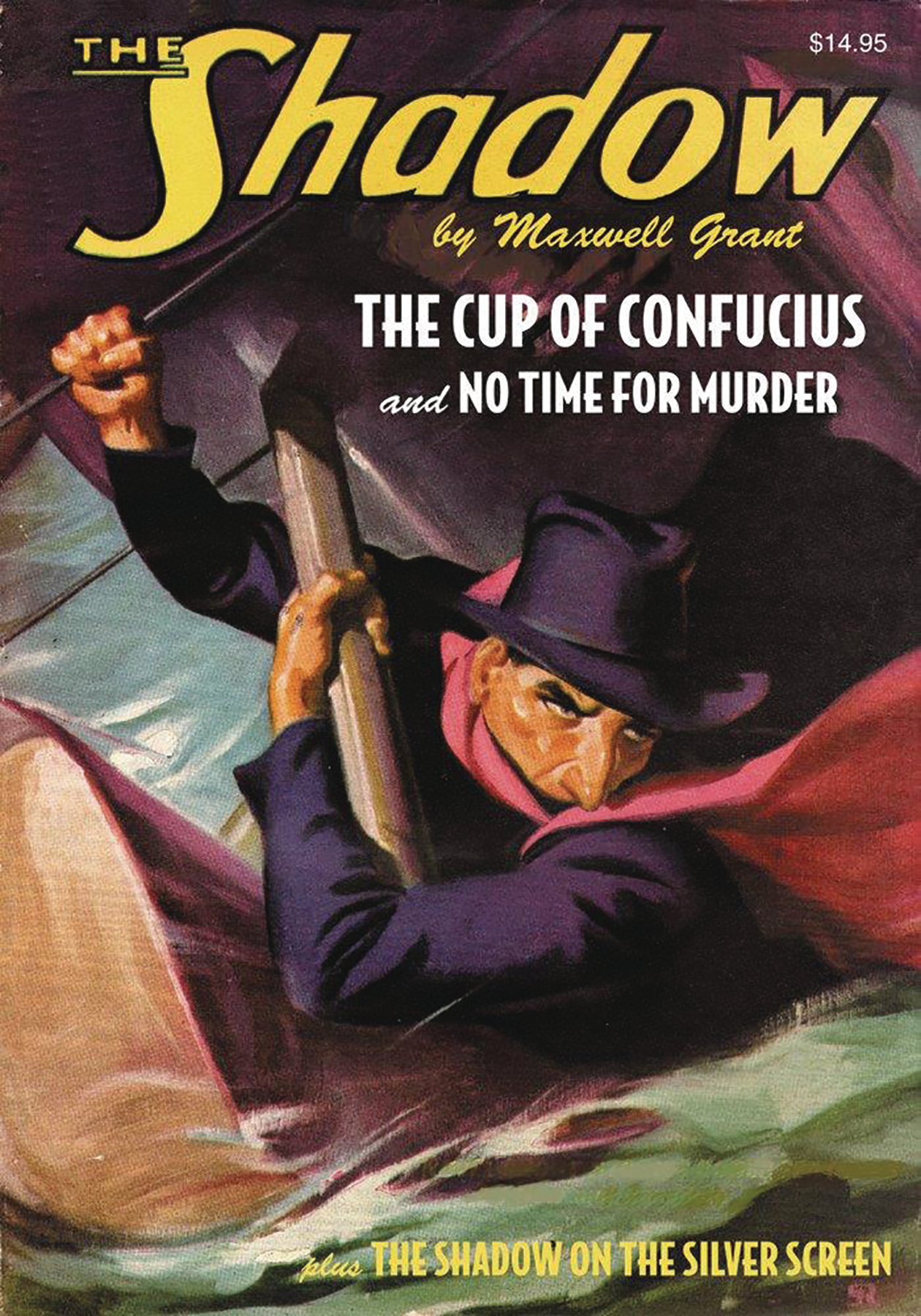 MAY172175
(W) Maxwell Grant, Walter B. Gibson, Will Murray, Ted Tinsley (A) Paul Orban (CA) George Rozen, Modest Stein
The Master of Darkness searches for deadly relics in thrilling pulp novels by Theodore Tinsley and Walter B. Gibson. First, only The Shadow knows the deadly secret that lurks within the priceless "Cup of Confucius." Then, a feathered figure of the Quetzal promises death to all who possess it, until The Shadow proves it's "No Time for Murder" in a magic-based mystery that reveals the secret behind Houdini's greatest illusion! Plus, "The Shadow on the Silver Screen" examines the 1946 Monogram films starring Kane Richmond!
In Shops: Aug 09, 2017
SRP: $14.95
View All Items In This Series
ORDER SUBSCRIBE WISH LIST