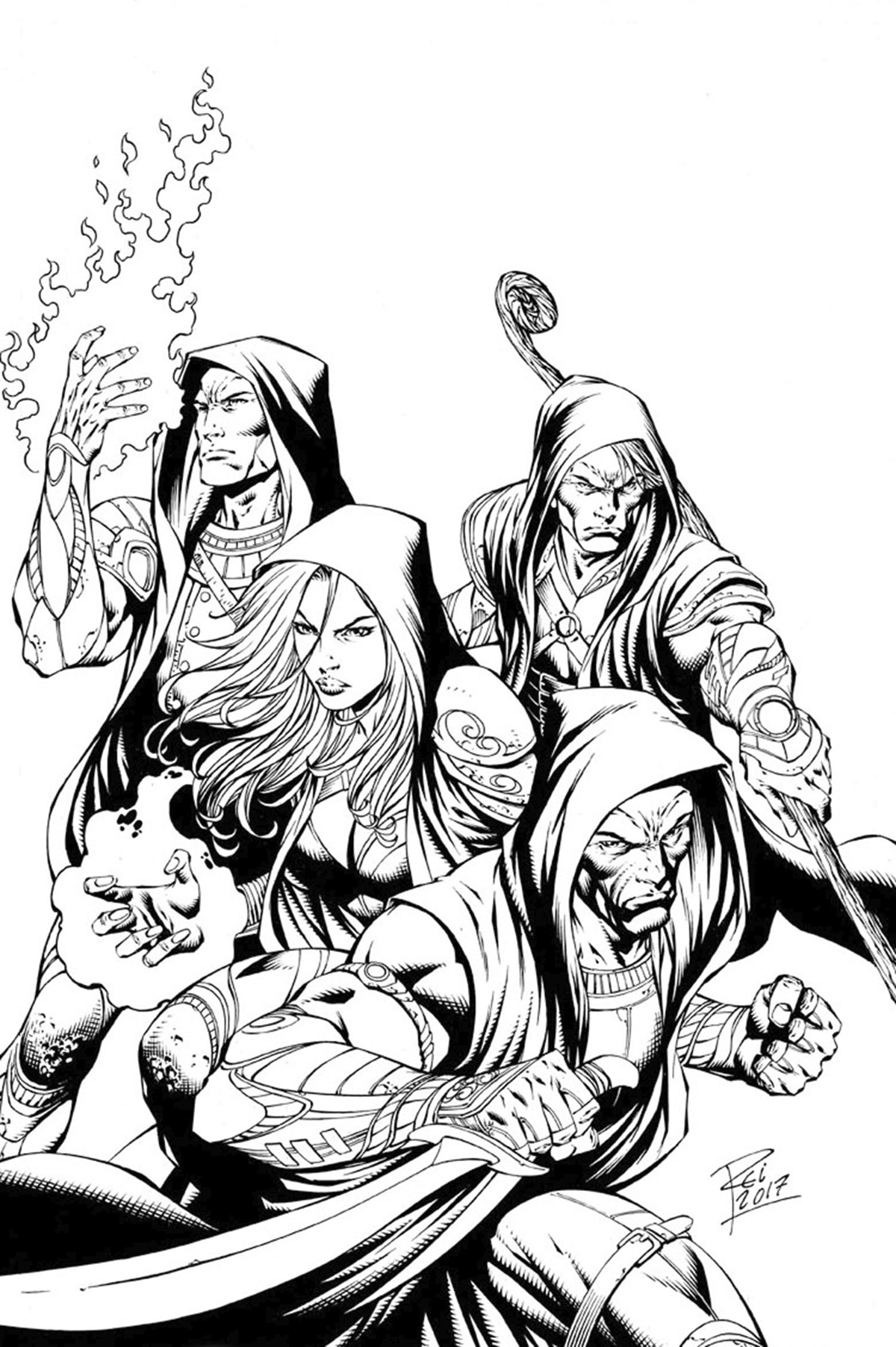 MAY172078
(W) Joe Brusha (CA) Renato Rei
The Mysterious Order of Tarot has emerged from the shadows with its sights set on ruling the Realms of Power. With the courts of Swords, Cups, Wands, and Pentacles at his command the Emperor is ready to launch his assault on the Grimm Universe and the only thing that stands in his way is a wild card named, Talisman.
In Shops: Aug 16, 2017
SRP: $3.99
View All Items In This Series
ORDER WISH LIST