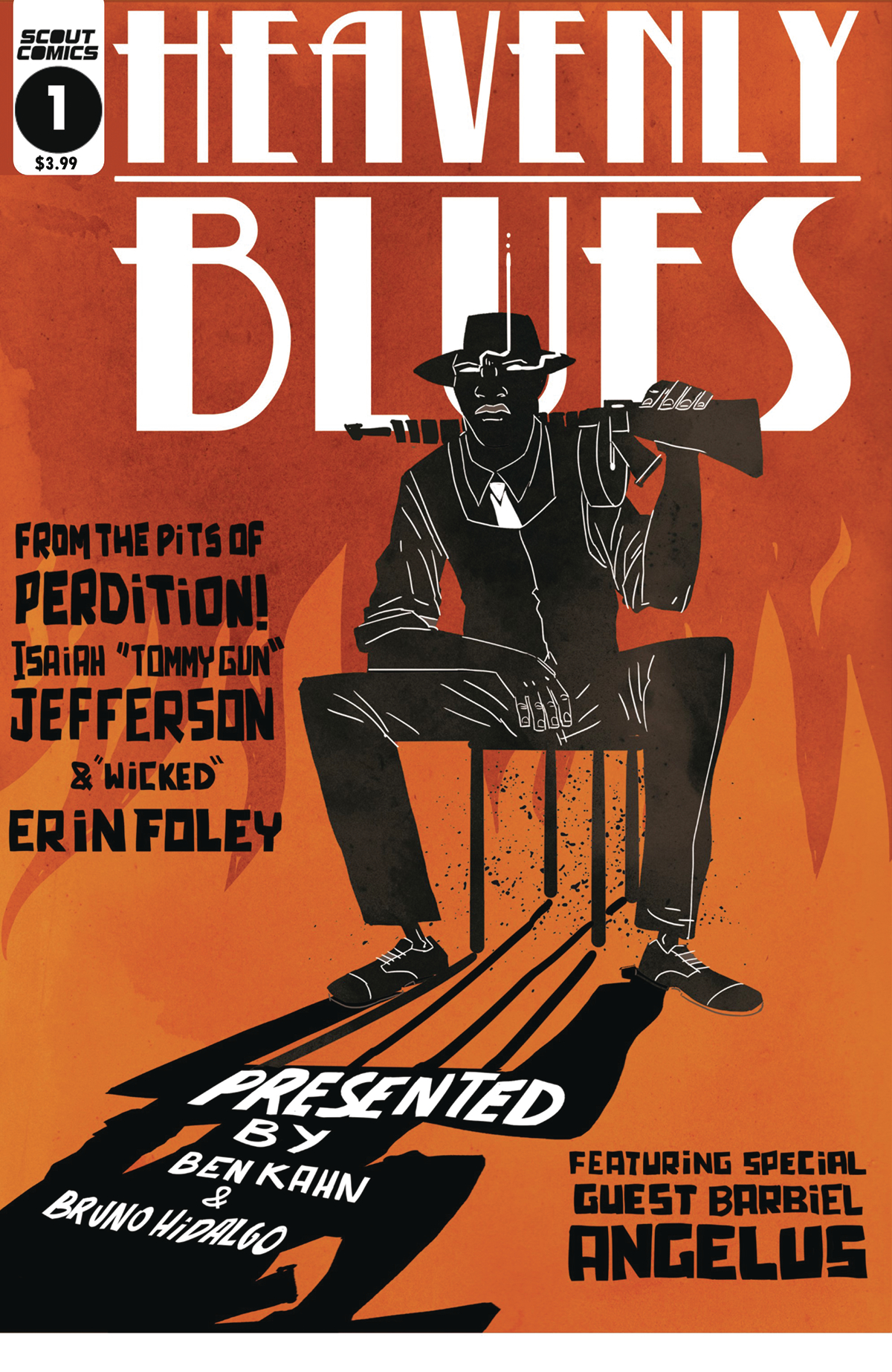 MAY171769
(W) Ben Kahn (A/CA) Bruno Hidalgo
People live. People die. The "good" are pleasantly escorted off to Heaven; while the rest unceremoniously rots in Hell. Hell - a world where torture isn't retribution, it's just hazing. Isaiah Jefferson fancied himself a dashing rogue; the greatest thief of the Great Depression, but a cruel betrayal left him dead in the dirt. Erin Foley was a scared grifter desperate not to be another child fed to the violent maw of the Salem Witch Trials. When they're given the chance to leave Hell and spit in the face of judgment, can they face their demons and become the master thieves they were meant to be? Heavenly Blues reunites the team behind Shaman to deliver a mystical heist mash-up from beyond the grave.
In Shops: Jul 26, 2017
SRP: $3.99
View All Items In This Series
ORDER WISH LIST