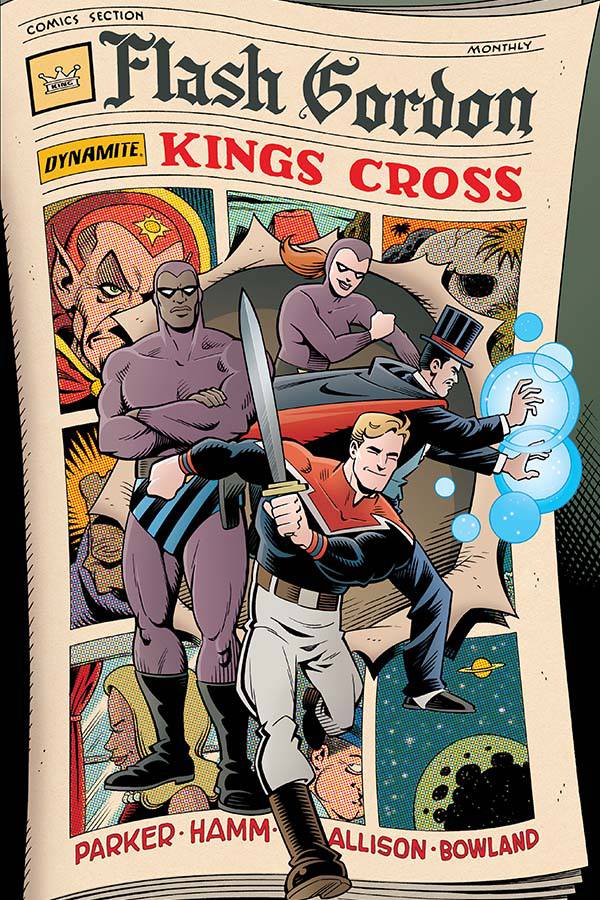 #
MAY171448
(W) Jeff Parker, Jesse Hamm (A) Jesse Hamm, Grace Allison (CA) Roger Langridge
Ming the Merciless wants to claim Earth as the crown jewel of his empire! His latest scheme? Teleporting a continent from his homeworld of Mongo into the Pacific Ocean, thereby unleashing its monstrous beasts into our seas and causing catastrophic tidal waves to devastate our naval defenses! It's up to Flash Gordon, the fearless daredevil who has unraveled the tyrant's previous schemes at every turn, to once again rally his friends in defense of the Earth. Join intrepid reporter Dale Arden, eccentric scientist Dr. Zarkov, Mandrake the Magician, two iterations of The Phantom, Jungle Jim, and the timelost hero Prince Valiant in the wildest adventure on this or any world!
In Shops: Jun 28, 2017
SRP: $19.99