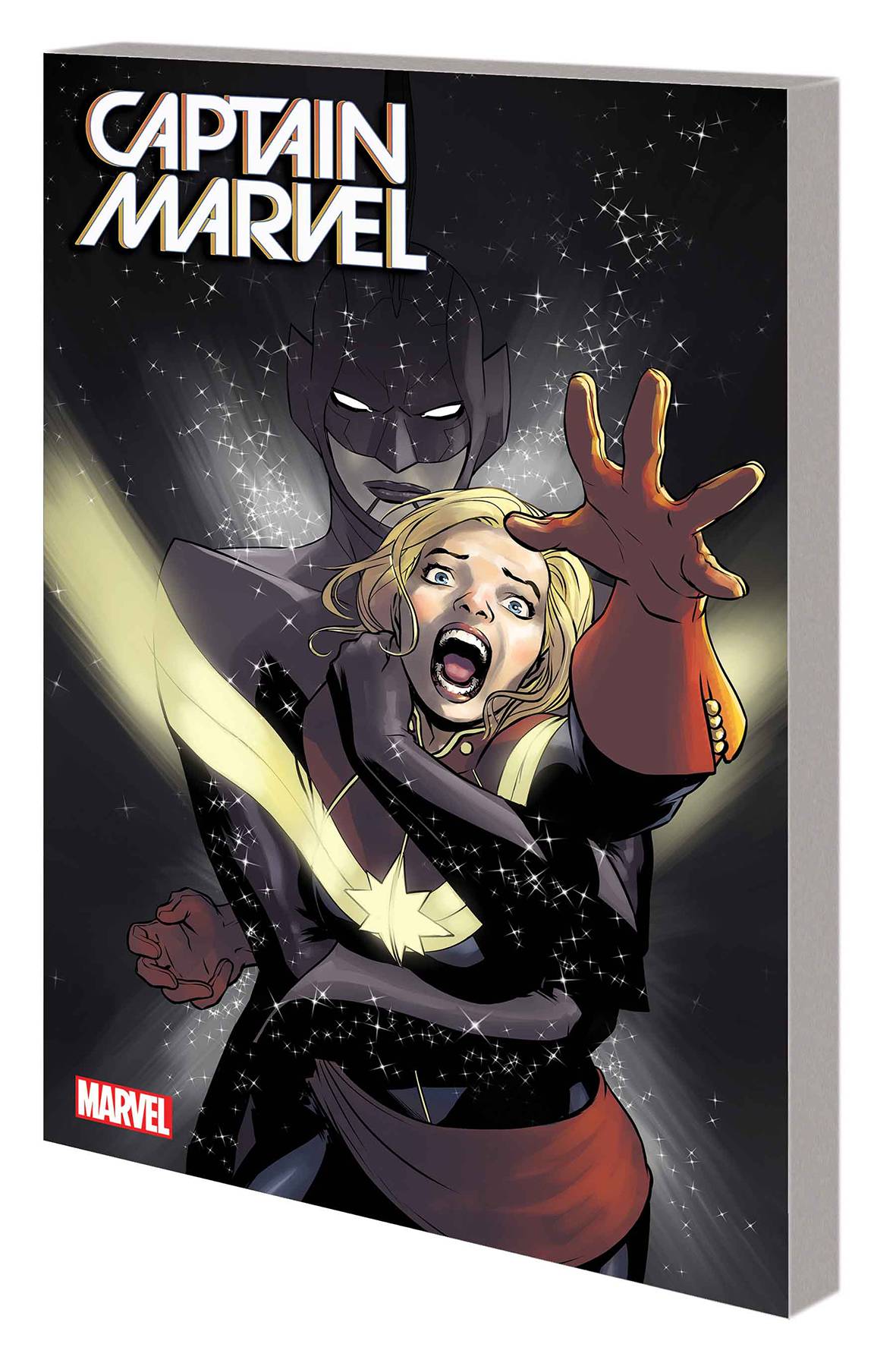 #
MAY170973
(W) Kelly Sue DeConnick, Warren Ellis, Kelly Thompson (A) Laura Braga, Paolo Pantalena (A/CA) David Lopez
Stellar combat and Secret Wars! Captain Marvel's time as an astronomical Avenger has seen her face off against some of the worst the galaxy has to offer, not least the Haffensye Consortium! They've been tracking Carol and Tic for weeks - and now they've finally caught up! Carol Danvers barely survived the last time she squared off against the Haffensye - is there any chance she could be so lucky again? Then, when the Multiverse ends, there is only Battleworld. And in the domain of Hala Field, the elite Carol Corps are the best of the best, who will take down anyone and everyone who threatens their Captain! Riding with them takes guts, guile and a whole lot of grit - so get ready to aim high, fly, fight and win! Collecting CAPTAIN MARVEL (2014) #12-15 and CAPTAIN MARVEL & THE CAROL CORPS #1-4.
Rated T+
In Shops: Aug 09, 2017
SRP: $19.99
View All Items In This Series
ORDER WISH LIST