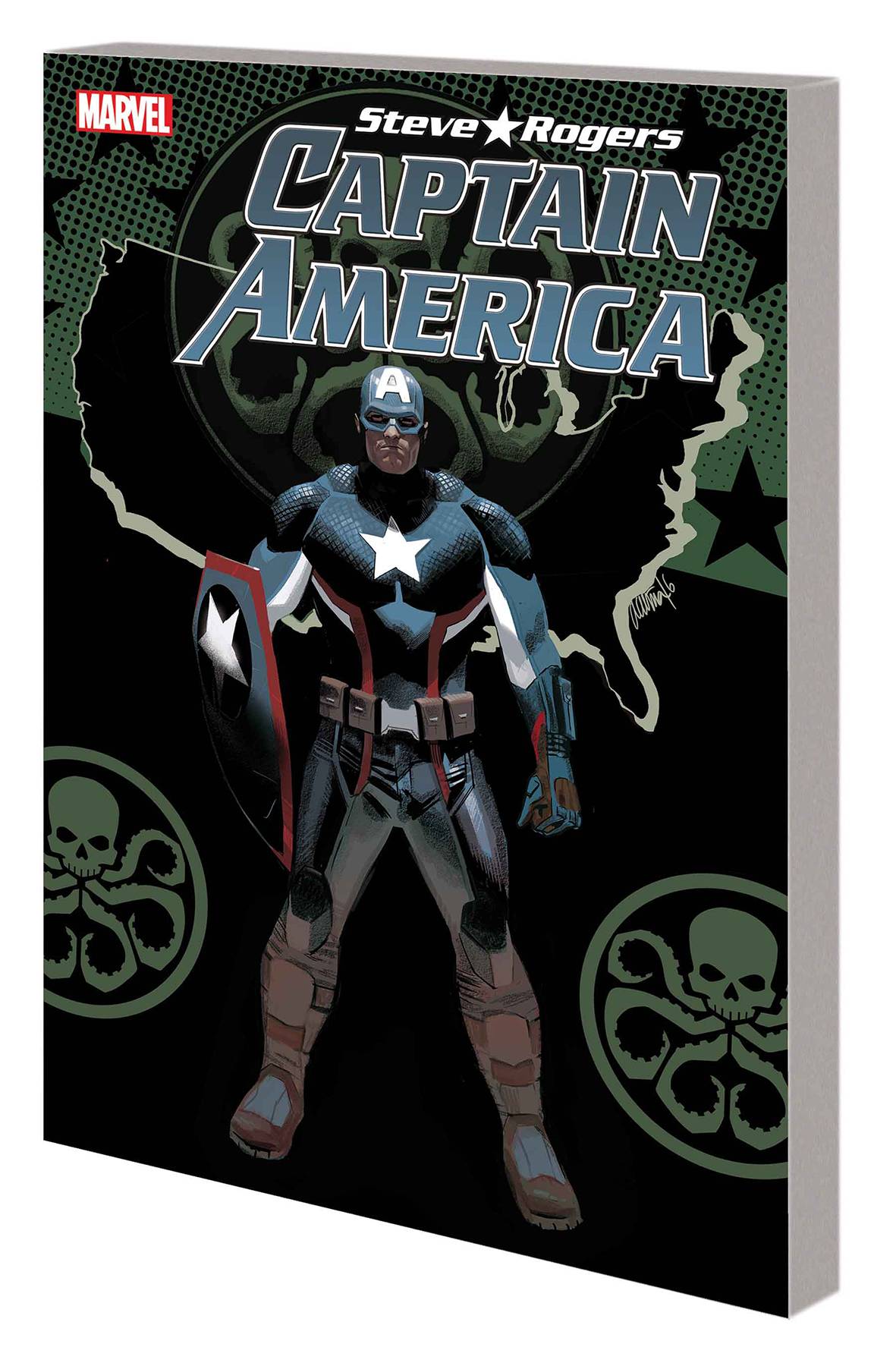 #
MAY170958
(W) Nick Spencer (A) Javier Pina, Jesus Saiz (CA) Daniel Acuna
He's a hero. An Avenger. A living legend. The Sentinel of Liberty. Mankind's greatest threat? It's the story that shocked the world - and you won't believe where it's going next. In the aftermath of war, Tony Stark and Carol Danvers turn to the one person they can trust: Steve Rogers, Captain America. Uh-oh! And when Zemo returns, can the new Masters of Evil be far behind? The secret story of Cap in World War II is told! The full extent of Madame Hydra's string-pulling is revealed! But only one man can lead Hydra into a new age of dominance and superiority - and the Red Skull believes he is that man! But Captain America has other ideas - ideas that will change the landscape of the Marvel Universe! Collecting CAPTAIN AMERICA: STEVE ROGERS #12-16 and CIVIL WAR II: THE OATH #1.
Rated T+
In Shops: Aug 02, 2017
SRP: $19.99
View All Items In This Series
ORDER WISH LIST