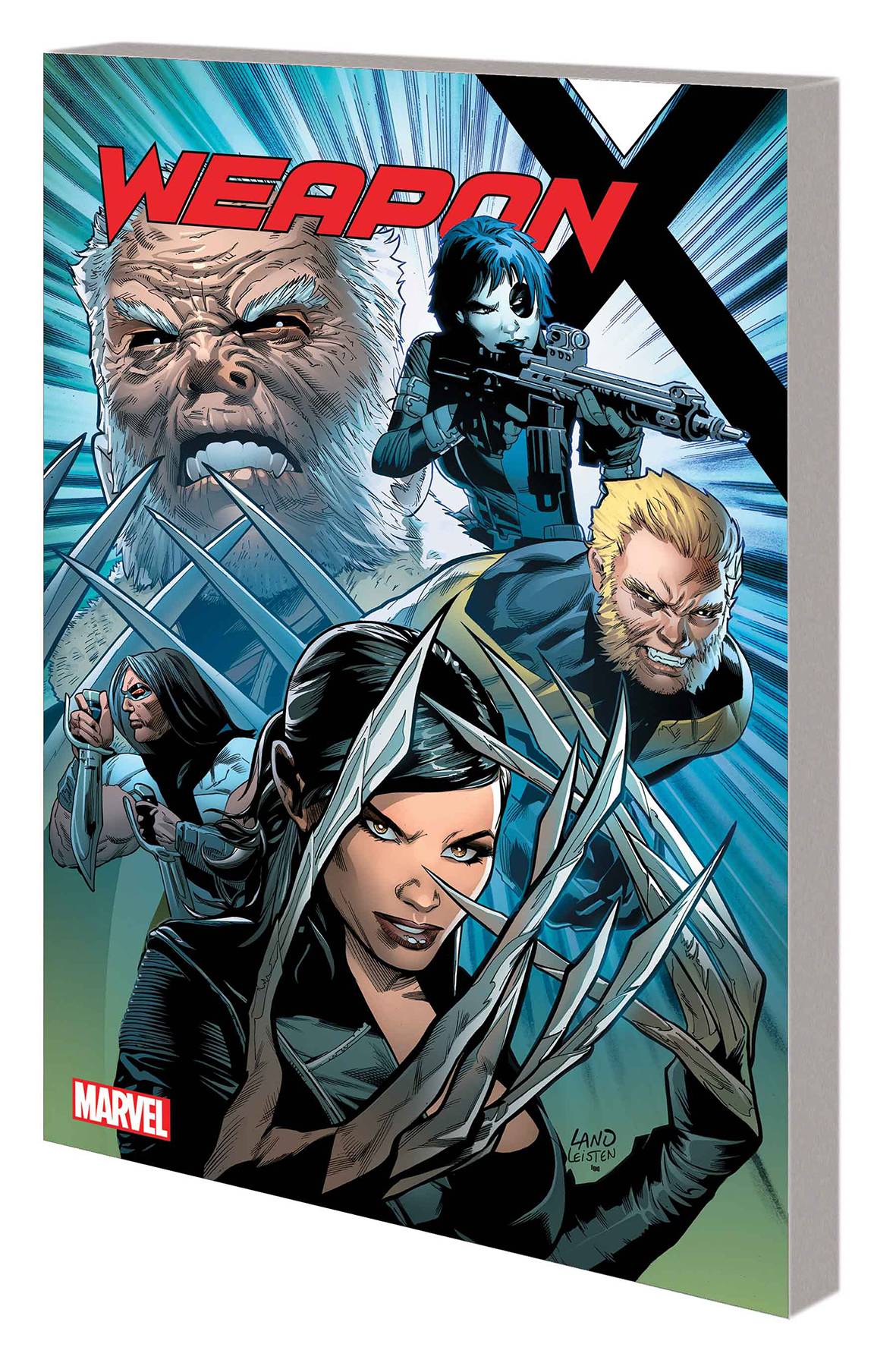 #
MAY170945
(W) Greg Pak (A) Mahmud A. Asrar (A/CA) Greg Land
For years, the Weapon X program engineered the deadliest mutant killers on the planet. Now it's back, under the control of a shadowy new director - and it's out to eradicate Homo superior, not recruit them! Weapon X has unleashed an army of cyborg killers, and among its targets are Old Man Logan, Sabretooth, Lady Deathstrike, Domino and Warpath! But the key to achieving the Program's master plan could be none other than Amadeus Cho, the Totally Awesome Hulk! What is the sinister secret of the mysterious new "Batch-H" experiment? The worlds of Weapon X and the Totally Awesome Hulk collide - and the results will be explosive! The stage is set for an incendiary epic that could only be called "Weapons of Mutant Destruction"! Collecting WEAPON X (2017) #1-4 and THE TOTALLY AWESOME HULK #19.
Rated T+
In Shops: Aug 23, 2017
SRP: $15.99
View All Items In This Series