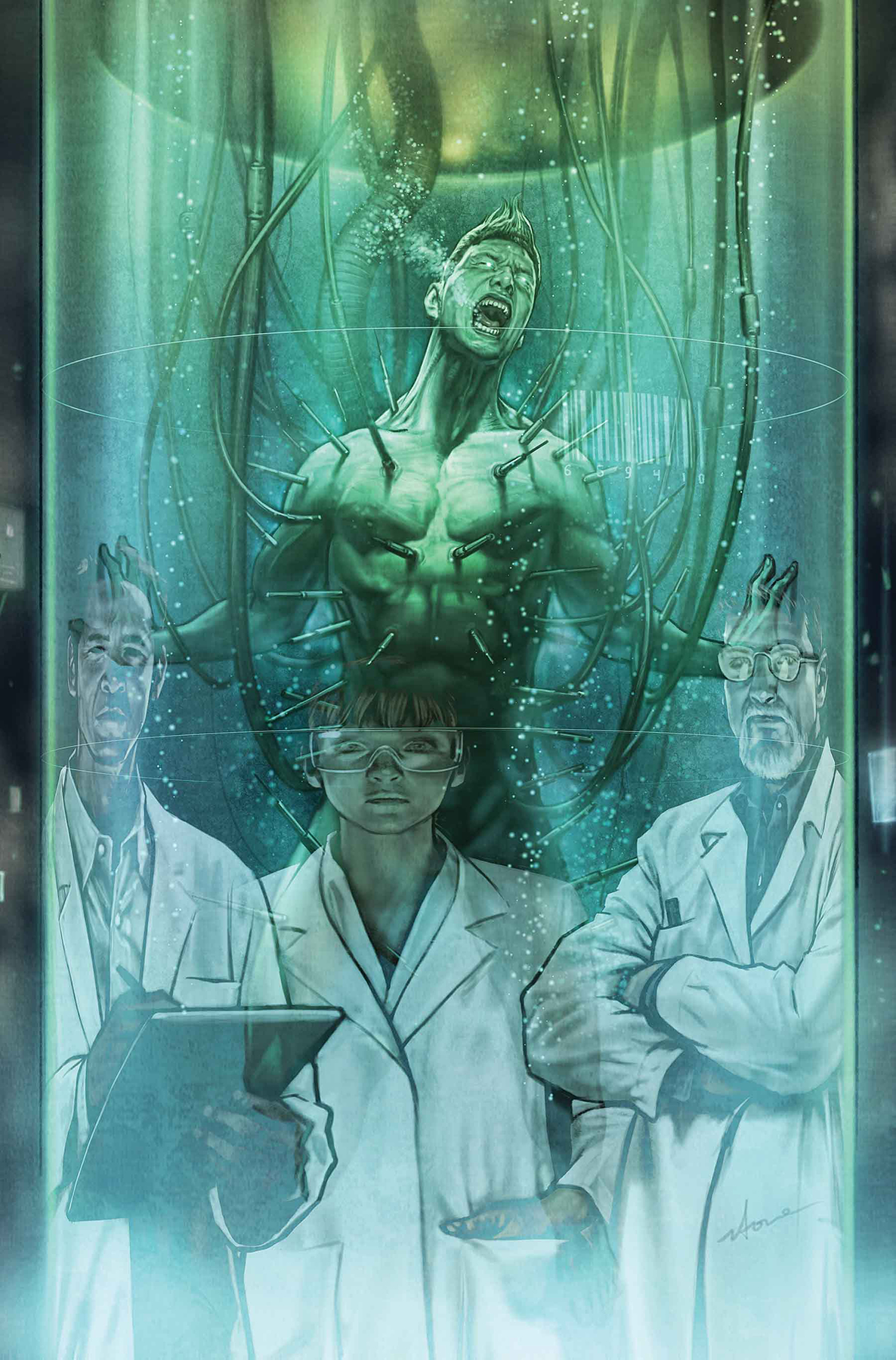 MAY170907
(W) Greg Pak (A) Robert Gill (CA) Stonehouse
"WEAPONS OF MUTANT DESTRUCTION" PART FOUR!
•  With deadly Adamantium cyborgs on the loose picking off seemingly unconnected targets, Amadeus must keep his wits about him to uncover the mystery behind the new Weapon X program.
•  But how can he maintain his cool against the most savage threats he's ever faced?
•  Meanwhile, Weapon X scientists are closer than ever to perfecting BATCH H...
•  Guest-starring OLD MAN LOGAN, SABRETOOTH, WARPATH, DOMINO and LADY DEATHSTRIKE!
Rated T
In Shops: Jul 19, 2017
SRP: $3.99
View All Items In This Series
ORDER WISH LIST