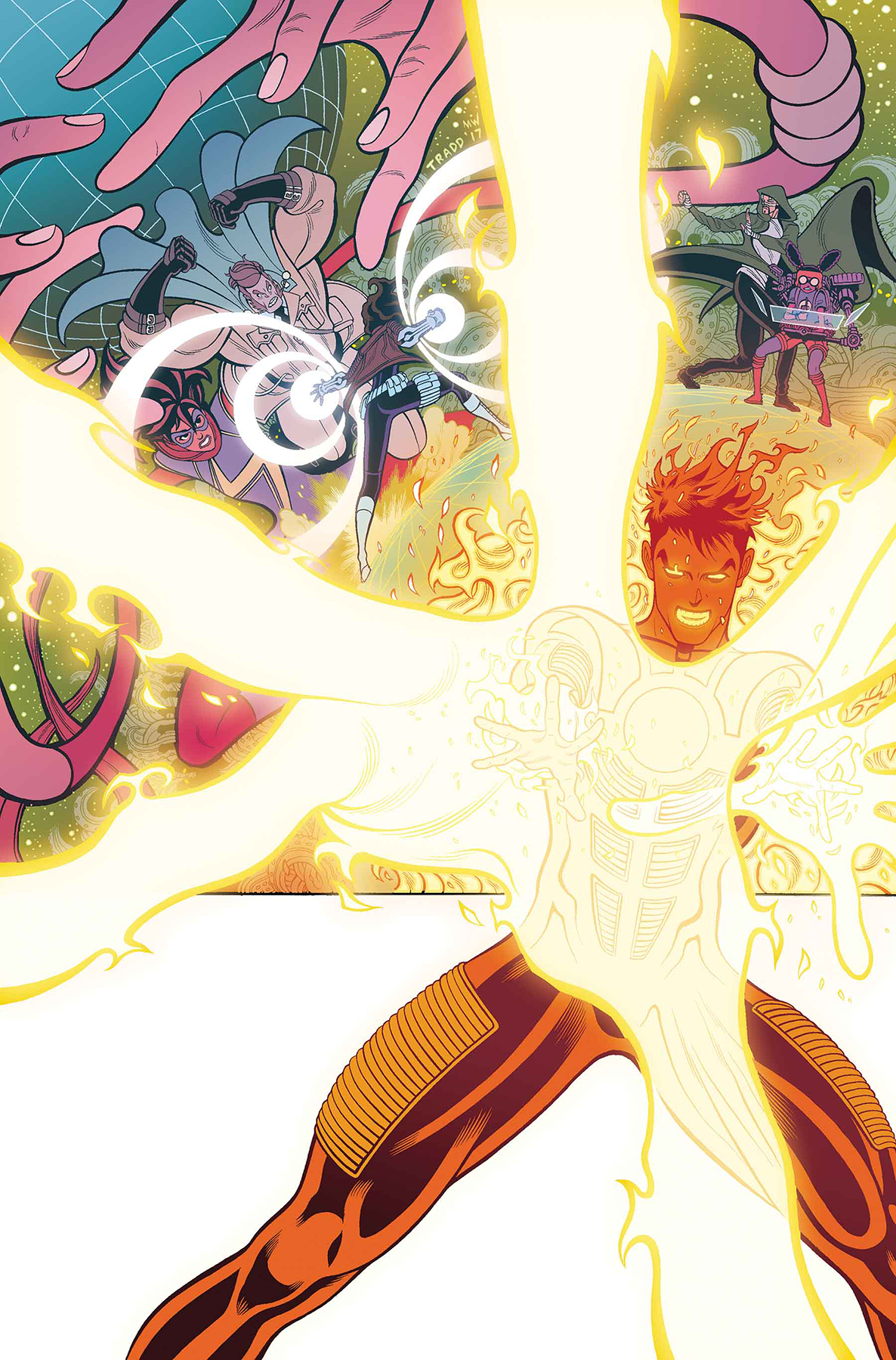 MAY170781
(W) Matthew Rosenberg (A) Javi Garron (CA) Tradd Moore
SECRET EMPIRE TIE-IN!
•  After narrowly surviving their battle with the X-Men, the Secret Warriors have to get back to New Attilan to use what they have learned in the fight against Hydra...
•   ...but Hydra won't make that easy.
•   As the danger grows, so does the distrust among the Warriors. Karnak is clearly making plans of his own. But why?
•   With Hydra breathing down their necks, the team is tearing itself apart, and the clock is ticking on their plans. But first Quake must be ready to lead the Secret Warriors into a confrontation with her father, the Hydra commander, MISTER HYDE!
Rated T+
In Shops: Jul 12, 2017
SRP: $3.99
View All Items In This Series
ORDER WISH LIST