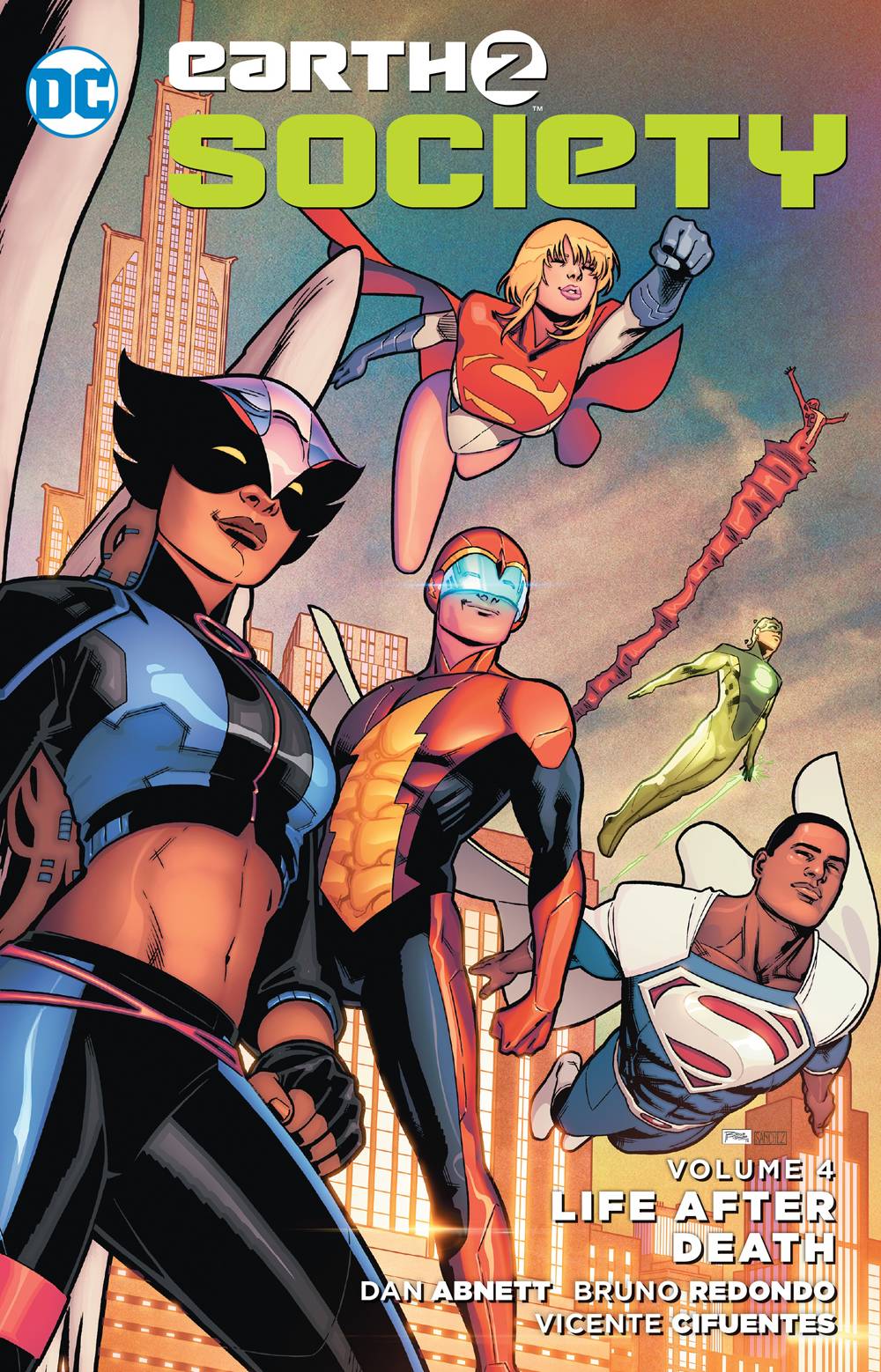 #
MAY170337
(W) Dan Abnett (A) Vicente Cifuentes, Juan Albarran (A/CA) Bruno Redondo
Earth-2 is dead! Following a climactic battle with Ultra-Humanite and his super- powered army, a handful of the Wonders awaken in a twilight limbo. Are they the only ones to have survived? Has their desperate gambit to save their world ended in total disaster? In the wreckage, the surviving heroes have failed in their effort to save the world. As they struggle to accept the disaster they have caused, something in the phantom mist begins to hunt for them. In the Ghost World, no heroes can be allowed to exist. Collects EARTH 2: SOCIETY #17-22.
In Shops: Aug 09, 2017
SRP: $14.99
View All Items In This Series