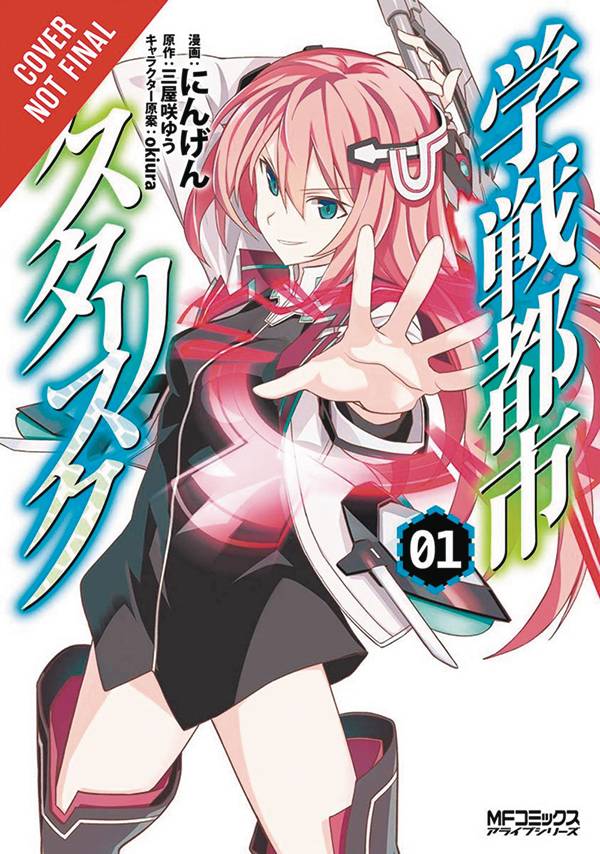 #
MAY161954
(W) Yuu Miyazaki (A/CA) Okiura
The school-city of Rokka, also known as "Asterisk." Here boys and girls of the Starpulse Generation all compete in the Seibusai, the "star battle festival," fighting for glory on the greatest combat entertainment stage of the world. Ayato Amagiri has just arrived at one of these academies at the express invitation of its student council president, but when he begins his career by making a dangerous enemy, his life on Asterisk is off to a rough start!
In Shops: Jul 27, 2016
SRP: $13.00
View All Items In This Series