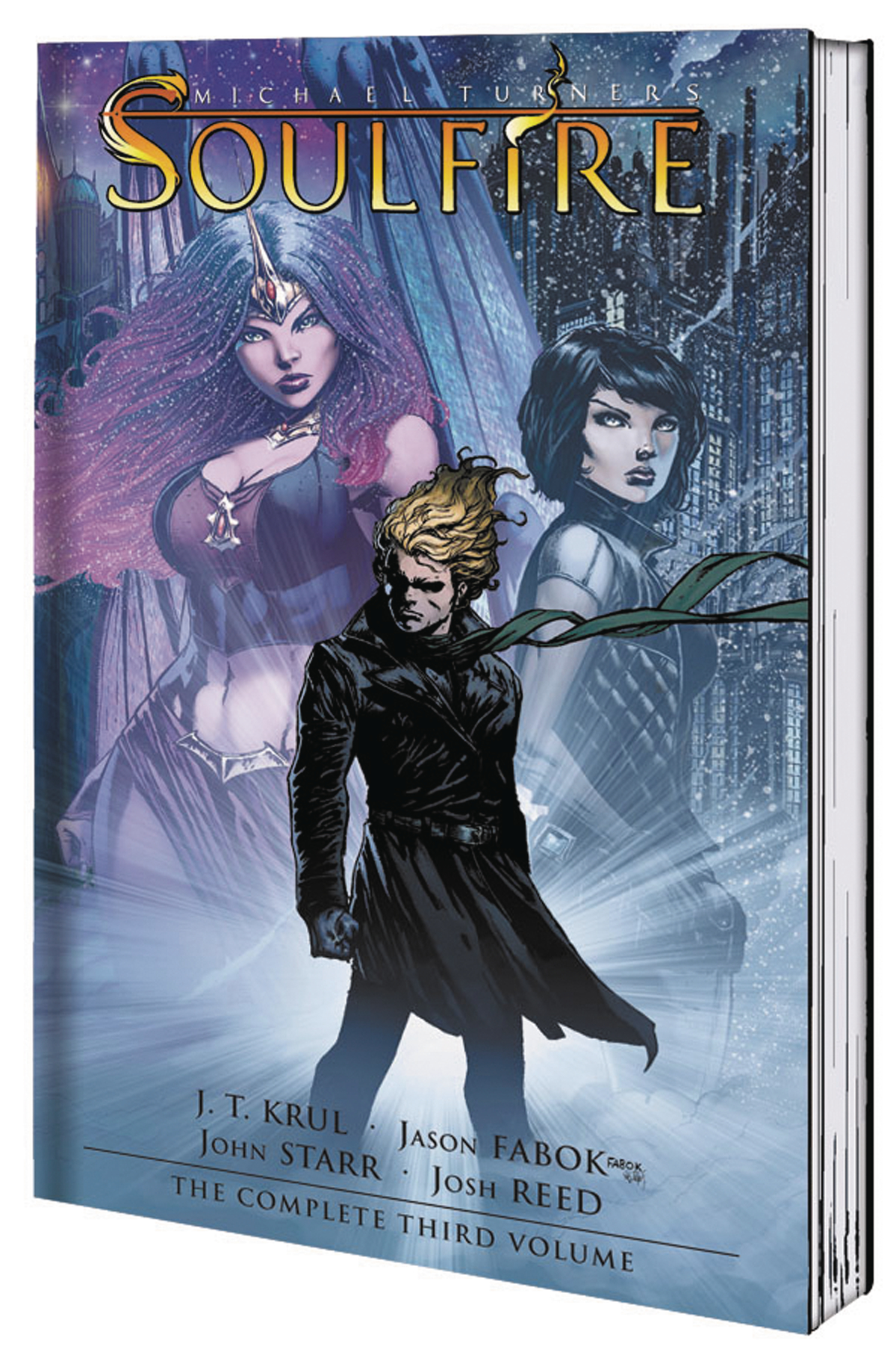 MAY161164
(W) J. T. Krul (A) Jason Fabok
The epic second volume of Michael Turner's SOULFIRE! The Dark Lord Rainier has been defeated, and Malikai-the Samusara, set forth the return of the light. Yet, the return of magic has created problems across the globe, as Grace attempts to bring order to a world devoid of magic for thousands of years. Meanwhile, Rainier, in his endless crusade to rid the world of magic and all that it encompasses, decides the only way to extinguish the light is by fusing both technology and magic in horrific fashion-with terrifying results! Collecting together the sold out Zero issue, as well as issues #1 though #9, plus the rare 10-page Sonia story from Aspen Seasons Winter and the 20-page 'Resurgence' story previously only available in the Soulfire: New World Order mini-series, this is 296 pages of everything Soulfire volume 2! And if that's not enough, we'll be including a complete covers gallery featuring artwork by such artistic forces as Joe Benitez, Randy Green, Nick Bradshaw and Soulfire creator Michael Turner!
In Shops: Apr 26, 2017
SRP: $19.99
View All Items In This Series