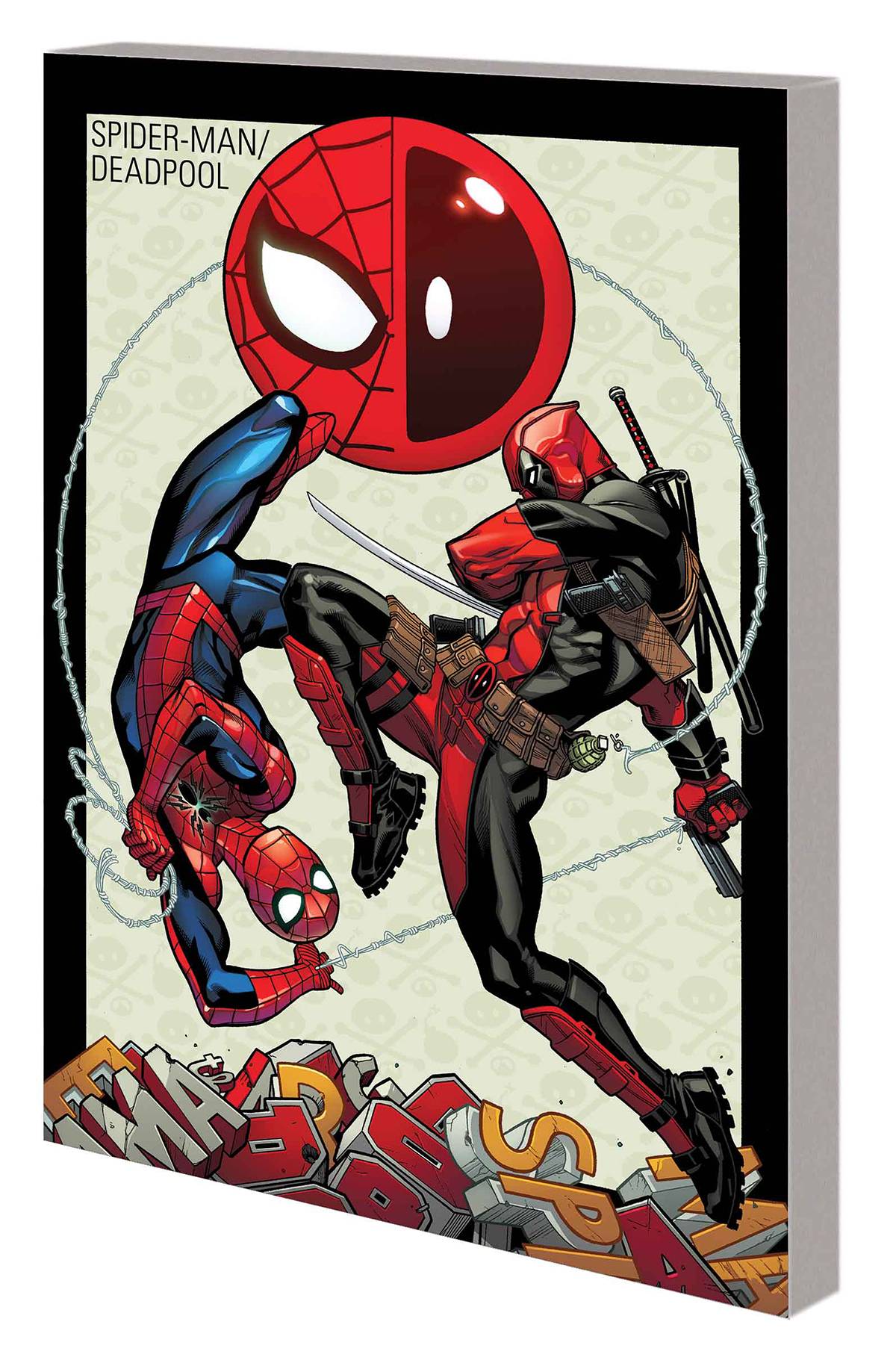 #
MAY160926
(W) Joe Kelly, Scott Aukerman (A) Reilly Brown (A/CA) Ed McGuinness
Now THIS is what you call a dynamic duo! When the Webbed Wonder and the Merc with a Mouth find themselves in a tight spot, hijinks and hilarity ensue! Spidey isn't looking for new friends in his neighborhood, but Deadpool's going all out in the name of bromance. Will this turn out to be a buddy book, or will the identity of Deadpool's next target - he's just a guy named Peter Parker - ruin everything?! With another Spider-Man (Miles Morales) and a few more Mercs (for Money) along for the ride, this is the ultimate Marvel Team-Up. But when our two stars go on a double date, who calls dibs on Thor? Plus: Mysteries deepen at Parker Industries, and Wade Wilson goes Hollywood! But will Spidey steal the show on the set of Deadpool: The Movie? Collecting SPIDER-MAN/DEADPOOL #1-6.
Rated T+
In Shops: Aug 31, 2016
SRP: $17.99
View All Items In This Series
ORDER SUBSCRIBE WISH LIST