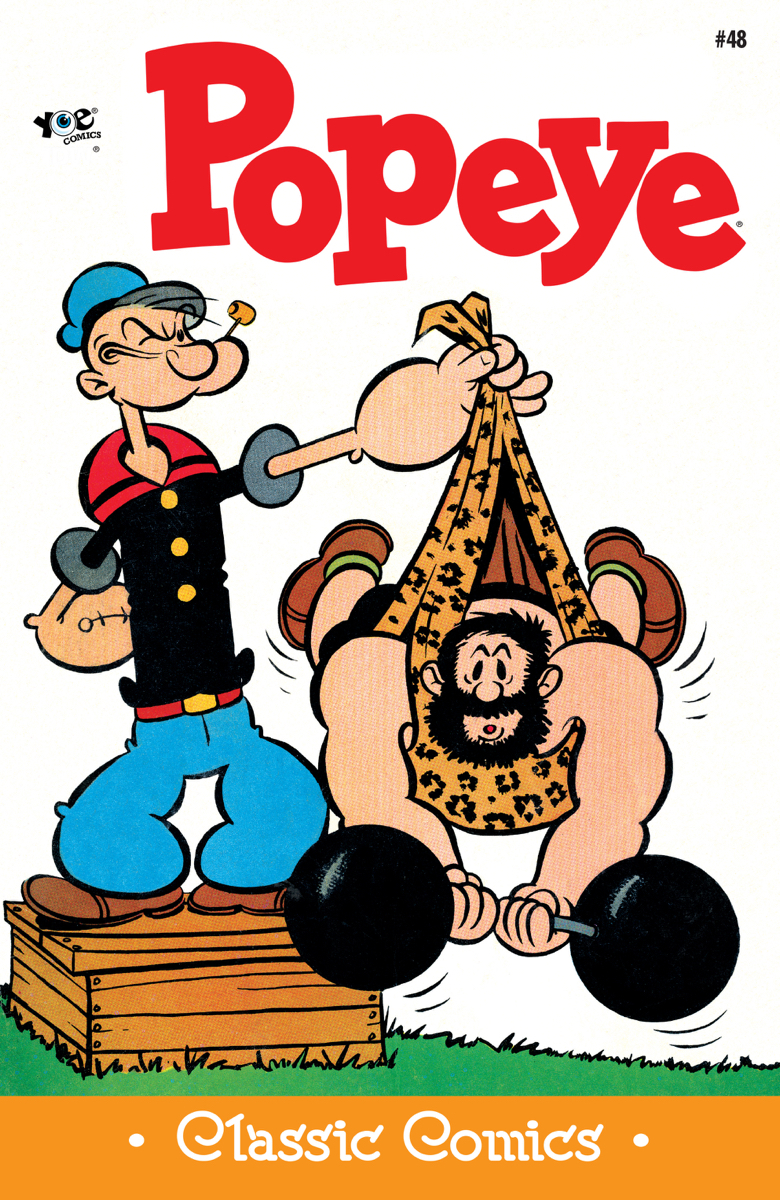 MAY160525
(W) Bud Sagendorf (A/CA) Bud Sagendorf
Here's another  pow-packed issue of our sailor boy's adventures. The first comic is called just "Popeye!" The second long, hilarious, tale is "Strong Man."  Then there's a story, "The Easy Way," where Olive wants her sweetie to stop his ruffian ways and become a genteel artist. Hilarity ensues. "Tiger Tale" will elicit plenty of "ARFs" as will the side-splitting O.G. Wotasnozzle comic "The Big Gas Man!"

Bullet points:
" "It's rare that the comic book version of a popular comic strip is as good or better than the original. This is one of those rare exceptions. Sagendorf is immersed in Segar's world. His storytelling abilities are superb and his cartooning is a joy to behold. Sagendorf owned this universe as much as Segar!- Jerry Beck, Cartoon Research
In Shops: Jul 06, 2016
SRP: $4.99
View All Items In This Series