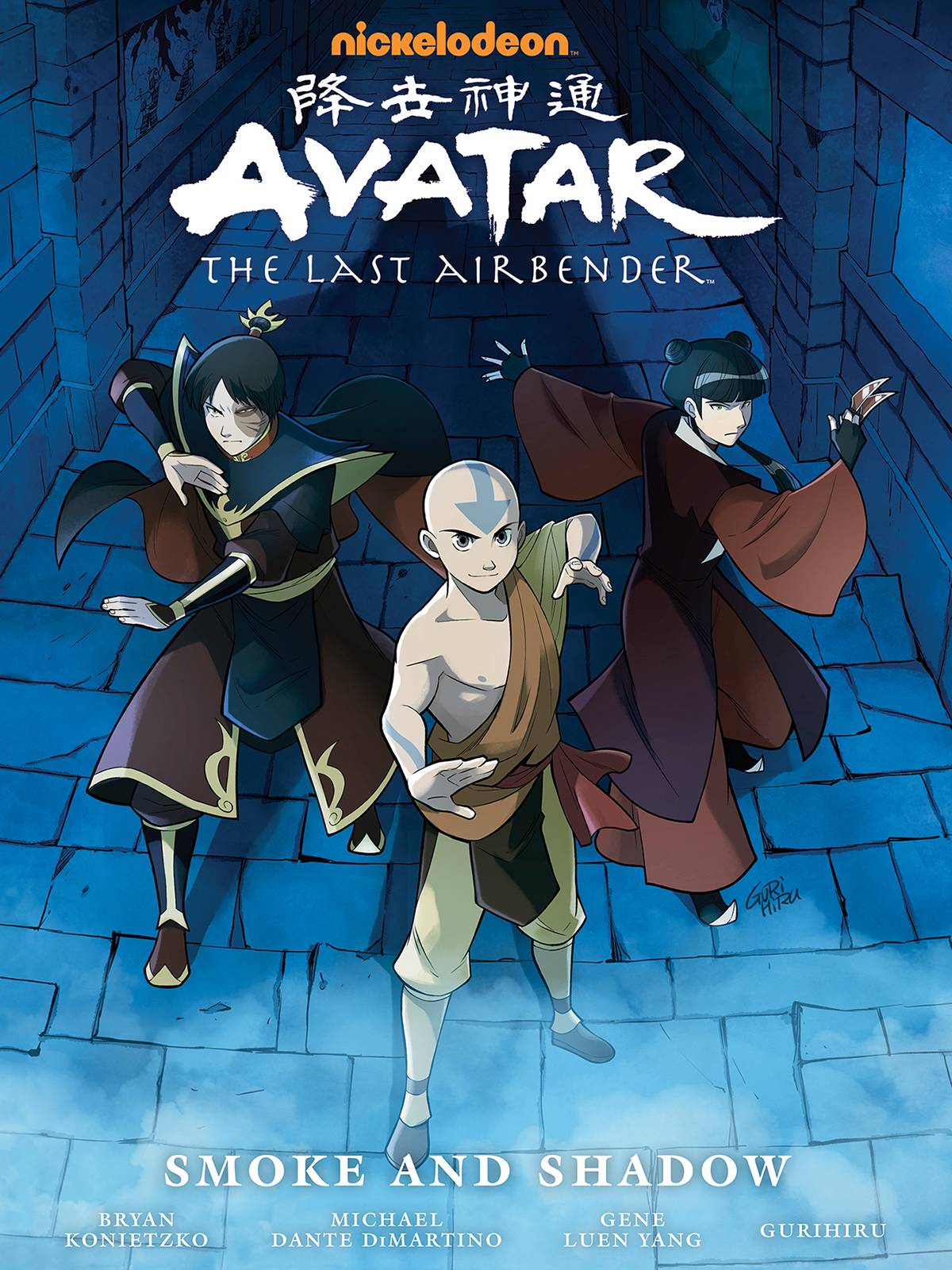 #
MAY160035
(W) Gene Luen Yang, Michael Dante Dimartino, Bryan Konietzko (A/CA) Gurihiru
The Fire Nation is threatened by a prophecy told by the Kemurikage-mysterious figures thought only to exist in legend: "Remove Zuko from the throne or the country will perish!" Unrest is brewing as the New Ozai Society prepares to make its move against the Crown, and children begin to go missing from their homes under mysterious circumstances! Avatar Aang and his friends are doing everything in their power to save them-but will it be enough? This special oversized edition features parts 1-3 with annotations by writer Gene Luen Yang and artists Gurihiru and a sketchbook section with new behind-the-scenes material!
In Shops: Sep 21, 2016
SRP: $39.99