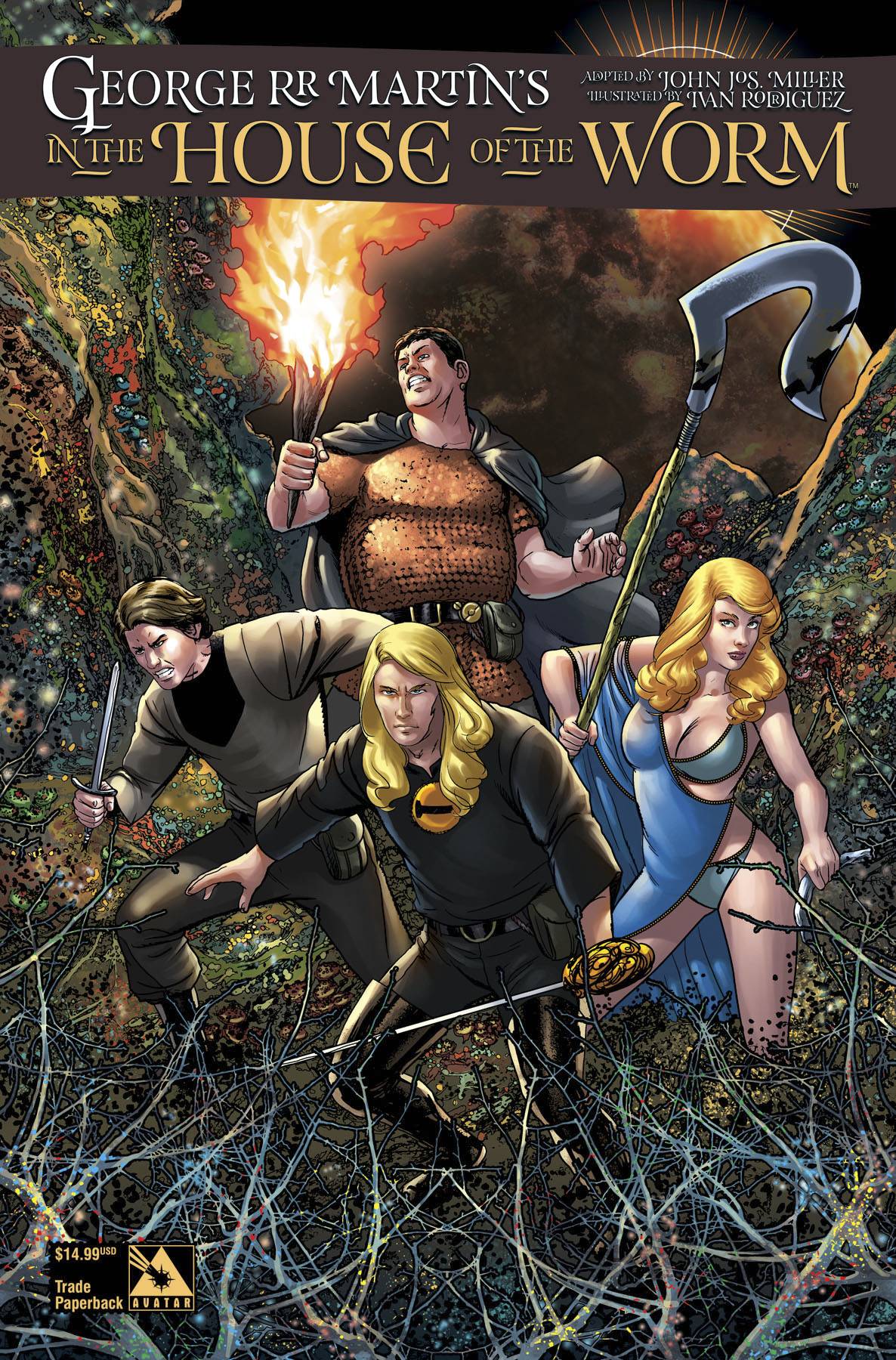 #
MAY151002
(W) George R. R. Martin, John Jos Miller (A/CA) Ivan Rodriguez
The biggest name in fiction, George R.R. Martin, opens his story vault as we adapt a tale of dark fantasy to comics for the first time with In The House of the Worm.  Beneath a ruined city on a forgotten planet lies a world of plots and revenge.  When Annelyn is embarrassed in front of his noble friends by the Meatbringer, he sets forth a devious plan that is meant to gain vengeance.  But the terrible truth of the dire White Worm turns his ploy into folly in terrible fashion.  Now the truth of the Grouns and the Worms will be revealed and Annelyn must face the horrors of what lay beneath his pampered world in the darkness below.  Join a master storyteller as he spins a uniquely mysterious tale and reveals new worlds of wonder and horror.  This volume collects issues #1 - 4 of the In the House of the Worm series.
In Shops: Jul 08, 2015
SRP: $14.99