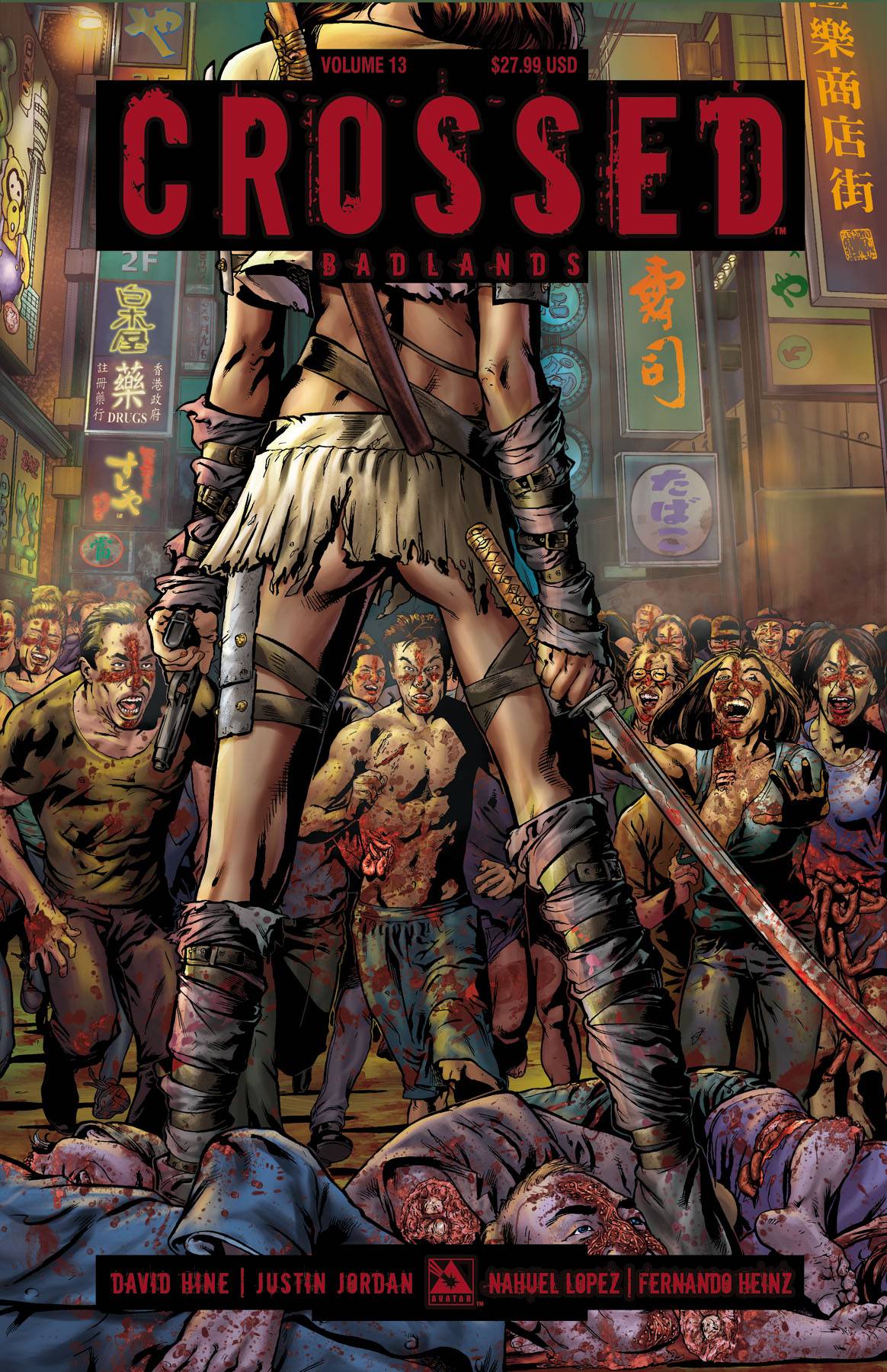 #
MAY150989
(W) David Hine, Justin Jordan (A) Fernando Heinz, Nahuel Lopez (CA) Christian Zanier
Twisted tales master David Hine returns to the grueling world of Garth Ennis' survival horror Crossed with a story from the early days of the outbreak.  When a Japanese mobster's daughter is trapped at a cosplay convention on C-Day, the criminals learn the hard way that in a Crossed world it doesn't matter how tough you are...just how fast you run.  And Justin Jordan locks us in our nightmares with a visceral tale that takes us to Federal Prison.  Jesse Bullock is not a good man, but a very hard man. Down for armed robbery and assault, the only crimes they were able to prove, he has but one good quality:  he loves his cousin Otis.  When they end up imprisoned at the same jail, Jesse intentionally gets himself denied parole to make sure he's there to protect Otis, who isn't the sharpest tool in the shed.   But that job gets much harder when the Crossed spread inside those escape-proof walls! This volume collects issues #71 - 74 of the ongoing Crossed: Badlands series and the Crossed Special 2014.
In Shops: Jul 08, 2015
SRP: $27.99
View All Items In This Series
ORDER WISH LIST