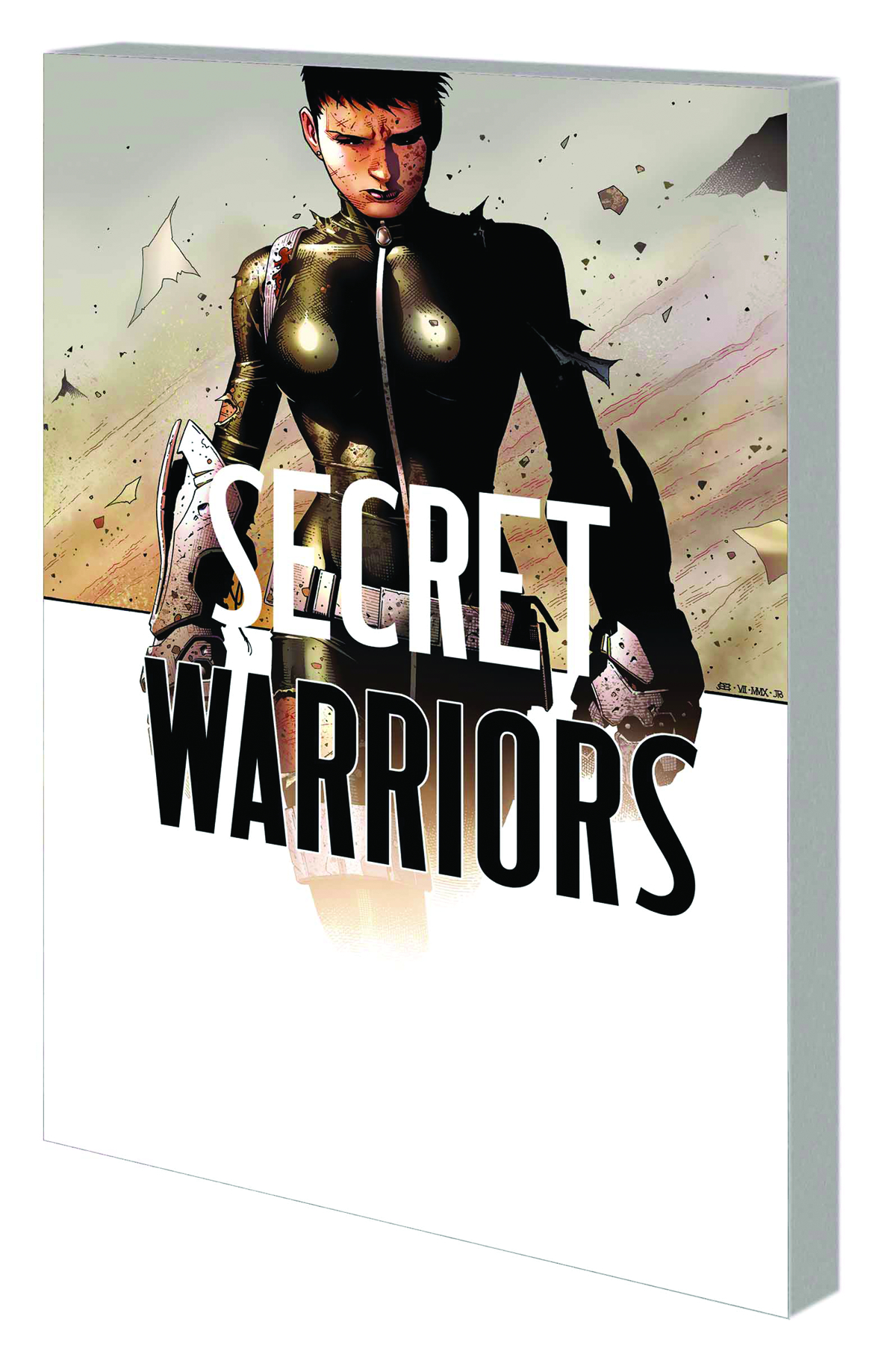 MAY150838
The shadow war between Hydra and Leviathan has left a trail of destruction across the globe, and it's up to Nick Fury and his Secret Warriors to take them both out. Fury recruits the Howling Commandos, but will this reunion be the Howlers' last? Now, Fury must make some of the grittiest life-and-death choices his Warriors have ever seen. What is his final wild card, and how deep does his complex and dangerous scheme go? Plus: How does S.H.I.E.L.D. fit in with the Brotherhood of the Shield? Nick Fury and Baron Strucker face each other in a final showdown decades in the making - but what will their deaths mean to the Brotherhood's master plan? Jonathan Hickman's tale of intrigue and international espionage reaches its jaw-dropping climax here! Collecting SECRET WARRIORS #17-28 and SIEGE: SECRET WARRIORS #1.
Rated T+
In Shops: Aug 12, 2015
SRP: $34.99
View All Items In This Series
ORDER WISH LIST