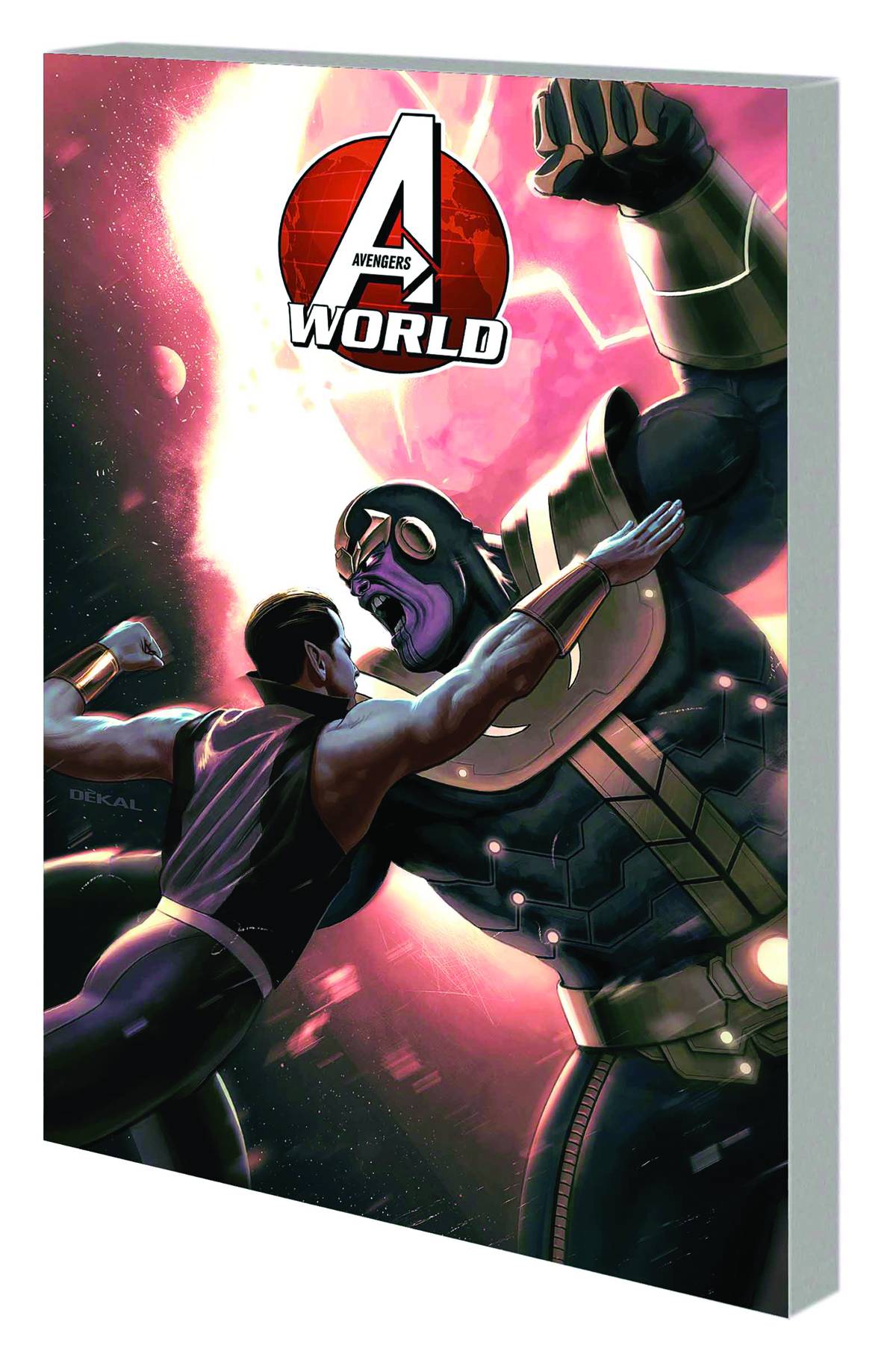 #
MAY150826
(W) Sam Humphries, Frank J. Barbiere (A) Bengal, Marco Checchetto (CA) Jeff Dekal
The Avengers, Illuminati and Cabal have been battling to save their world while reality dies and time runs out around them - but how did things get the way they are? Find out here, as the answers you've been waiting for are revealed! Cannonball and Smasher face their greatest adventure yet: parenthood! But can the new parents survive an encounter with the Shi'ar Imperial Guard? Sunspot takes on A.I.M. in the Savage Land as Starbrand and Nightmask face a surprising enemy, and Thor and Hyperion are unleashed! The Avengers fall as the Cabal rises - and no world is safe as the march to the end times begins! Plus: Starbrand is losing his grip on his humanity! Can Nightmask bring him back to Earth? And can he stand against the cosmic fire of Kolobus? Collecting AVENGERS (2012) #34.2 and AVENGERS WORLD #17-21.
Rated T+
In Shops: Aug 19, 2015
SRP: $19.99
View All Items In This Series
ORDER WISH LIST