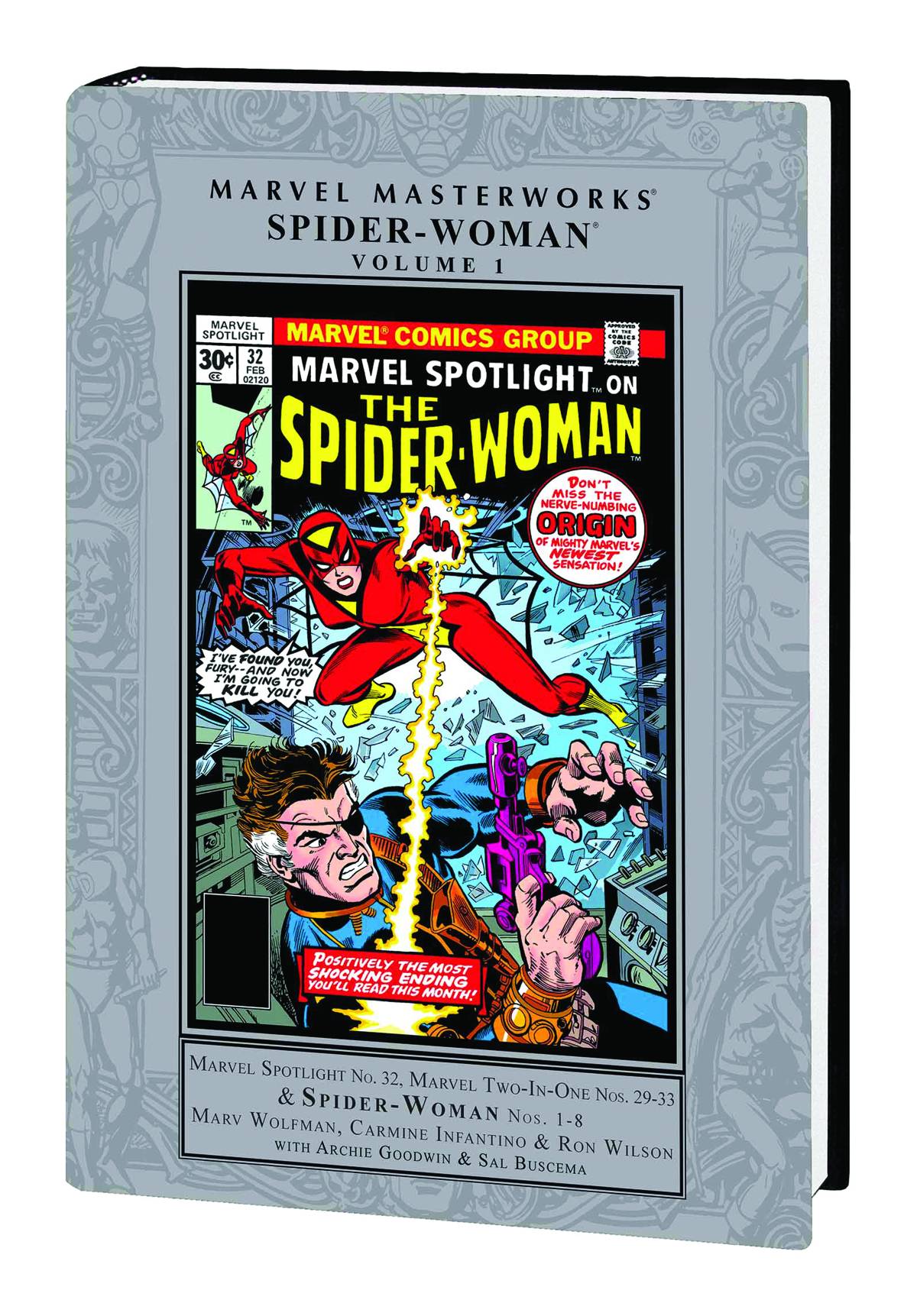 #
MAY150814
(W) Marv Wolfman, Archie Goodwin (A) Various (CA) Gil Kane
Jessica Drew debuts as Spider-Woman in her inaugural Marvel Masterworks! Raised within the arms of the terrorist group Hydra, Jessica was taught to see the world from their twisted point of view and became a top agent in their international criminal network. But she began to break the bonds of her indoctrination when she crossed paths with Nick Fury and the Thing, becoming her own woman - and soon, an incomparable Marvel hero! Join us as Jessica Drew sets out to uncover her true origins, her identity and her place in the world. She'll employ both her spider-powers and her spy craft in battles with enemies mystical and macabre - and you'll soon see why Spider-Woman earned a reputation as one of Marvel's most unique series! Collecting MARVEL SPOTLIGHT (1971) #32, MARVEL TWO-IN-ONE #29-33 and SPIDER-WOMAN (1978) #1-8.
Rated T
In Shops: Nov 11, 2015
SRP: $75.00
View All Items In This Series
ORDER WISH LIST