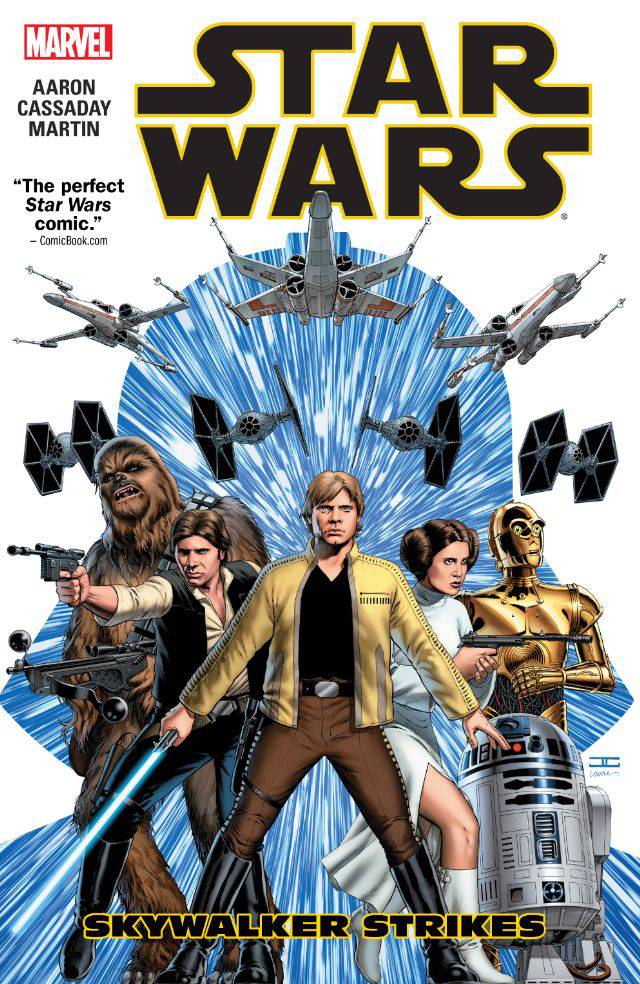 #
MAY150811
(W) Jason Aaron (A/CA) John Cassaday
The greatest space adventure of all returns to Marvel! Luke Skywalker and the ragtag rebels opposing the Galactic Empire are fresh off their biggest victory so far - the destruction of the massive Death Star. But the Empire's not toppled yet! Join Luke, Princess Leia, Han Solo, Chewbacca, C-3PO, R2-D2 and the rest of the Rebel Alliance as they fight for freedom against Darth Vader and his evil master, the Emperor! But when a Rebel assault goes wrong, Han and Leia must think fast to make their escape - while Luke comes face-to-face with Darth Vader! In the explosive aftermath, a humbled Luke returns to Tatooine to learn more about his mentor, Obi-Wan Kenobi. Meanwhile, Leia and Han undertake a vital - and dangerous - secret mission. But can they succeed without Luke? Plus: the menace of Boba Fett! Collecting STAR WARS (2015) #1-6.
Rated T
In Shops: Oct 07, 2015
SRP: $19.99
View All Items In This Series
ORDER SUBSCRIBE WISH LIST