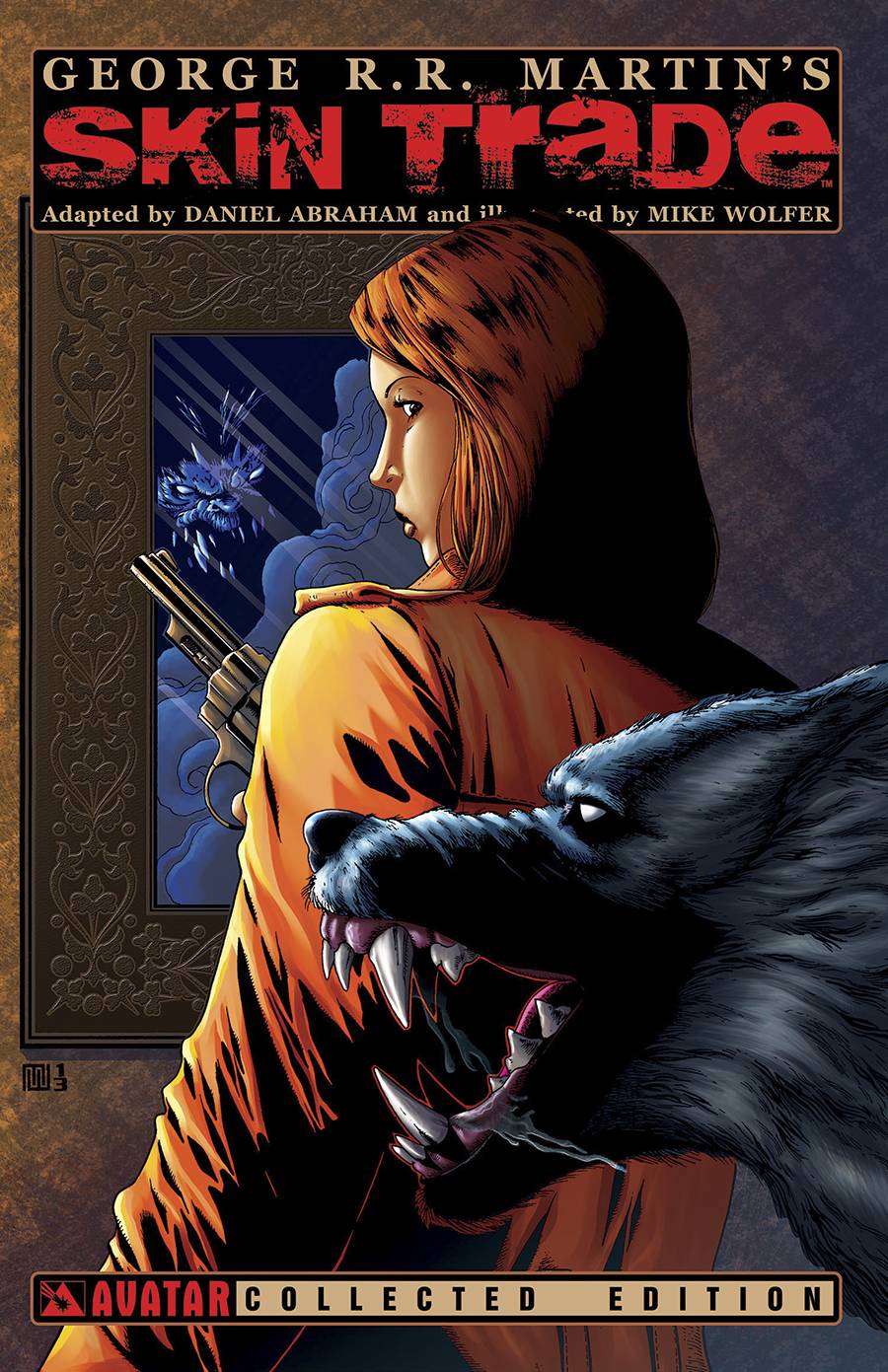 #
MAY141071
(W) George R. R. Martin, Daniel Abraham (A/CA) Mike Wolfer
The most popular fantasy author of the 21st Century, George R.R. Martin, brings his World Fantasy Award-winning short story to graphic novels in Skin Trade! Randi Wade is a survivor. She followed in the footsteps of her father, became a cop, and now is working the P.I. trade. But her past still haunts her. And the vicious animal attacks that took her father's life have sprung up anew, claiming victims once again in this sleepy town.
Martin's unique creative voice spins a modern-day classic horror tale of murder, werewolves, and bladed demons. Illustrated by long time horror comics creator Mike Wolfer and adapted for comics by Martin's Hugo Award-nominated collaborator Daniel Abraham, this graphic novel is a suspenseful master tale dripping with blood and revenge.
In Shops: Jul 09, 2014
SRP: $14.99
ORDER WISH LIST