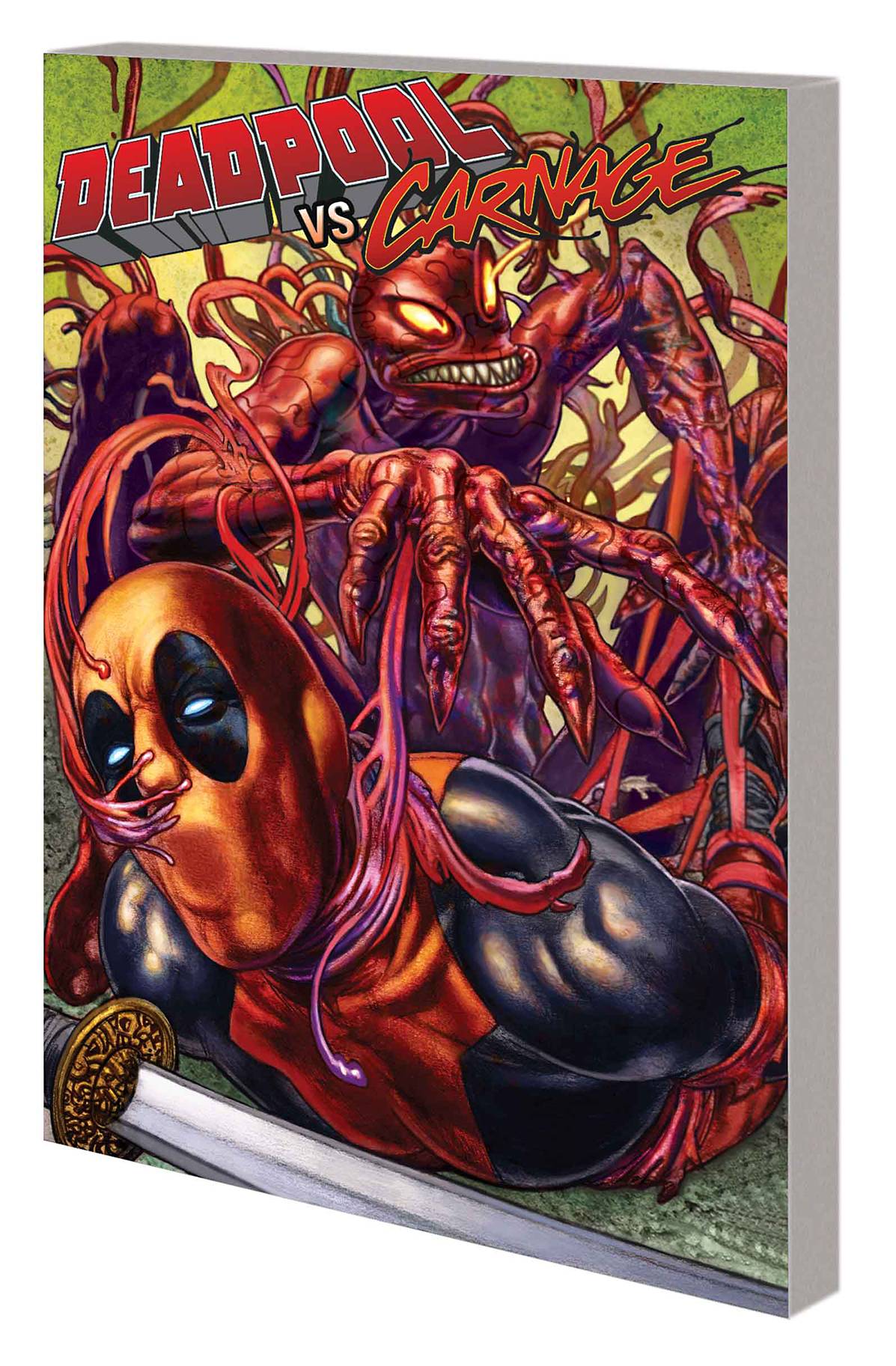 #
MAY140932
(W) Cullen Bunn (A) Salva Espin, Aaron Kim Jacinto (CA) Glenn Fabry
Come one, come all, for the bloodiest showdown the Marvel Universe has ever seen! It's two red-suited madmen for the price of one when Deadpool takes on Carnage in the ultimate battle of good-crazy vs. bad-crazy! Will Carnage spread Deadpool all over the landscape? Or will Deadpool talk the scarlet sociopath's ear off? Find out in this blood-soaked brouhaha for the ages! Plus: Cletus Kasady is behind bars, and the Carnage symbiote is in quarantine! But we all know that's never going to last, right? Cletus has been evaluated, imprisoned and even lobotomized. Carnage has been sampled, cloned, poked and prodded. But they've had enough! It's time to get the band back together! It's a return to bloody, murderous form for the deadliest killer in the Marvel Universe! Collecting DEADPOOL VS. CARNAGE #1-4 and SUPERIOR CARNAGE ANNUAL #1.
In Shops: Aug 27, 2014
SRP: $16.99