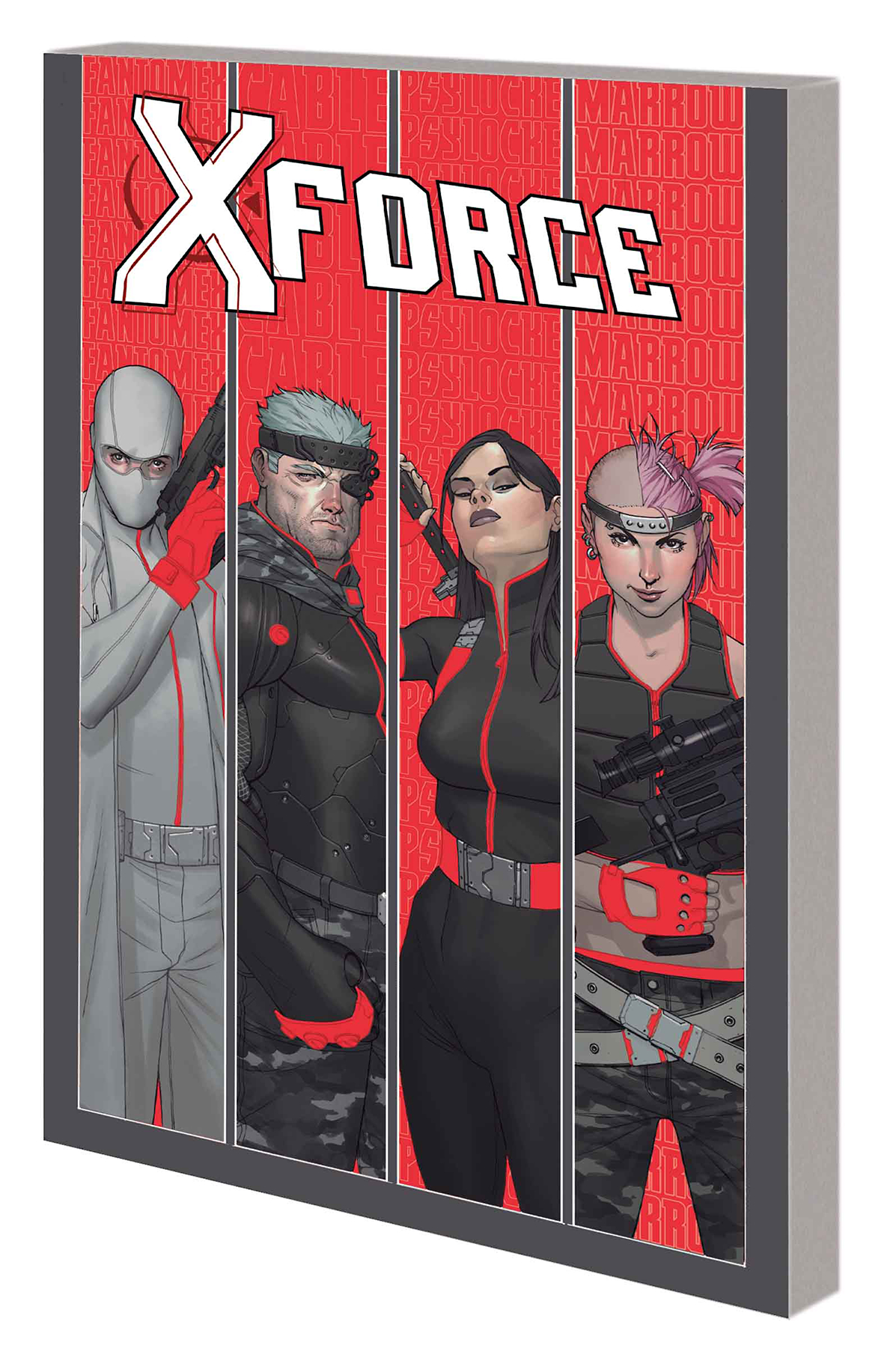 MAY140931
(W) Simon Spurrier (A) Rock-He Kim (A/CA) Jorge Molina
Almost every sovereign state in the Marvel Universe uses superhumans to covertly protect national interests. The United States has the Secret Avengers. The United Kingdom has MI13. And mutantkind has X-Force! Cable. Psylocke. Fantomex. Marrow. Mutantkind's protectors, spies, assassins and torturers - but what drove them to join this new, deadly incarnation of X-Force? How has Marrow regained her powers - and how is it connected to X-Force's first target, ruthless arms dealer Volga? X-Force races Volga through the Brazilian jungle and battles France's superhuman black-ops team. But when they finally face Volga directly, one member of the team may meet an untimely end! In this dirty, deadly, no-holds-barred game of superhuman black ops, X-Force will spy, torture and kill to ensure that mutantkind not only has a place in the world - but also a stake in it! Collecting X-FORCE (2014) #1-6.
In Shops: Aug 27, 2014
SRP: $17.99
View All Items In This Series
ORDER WISH LIST