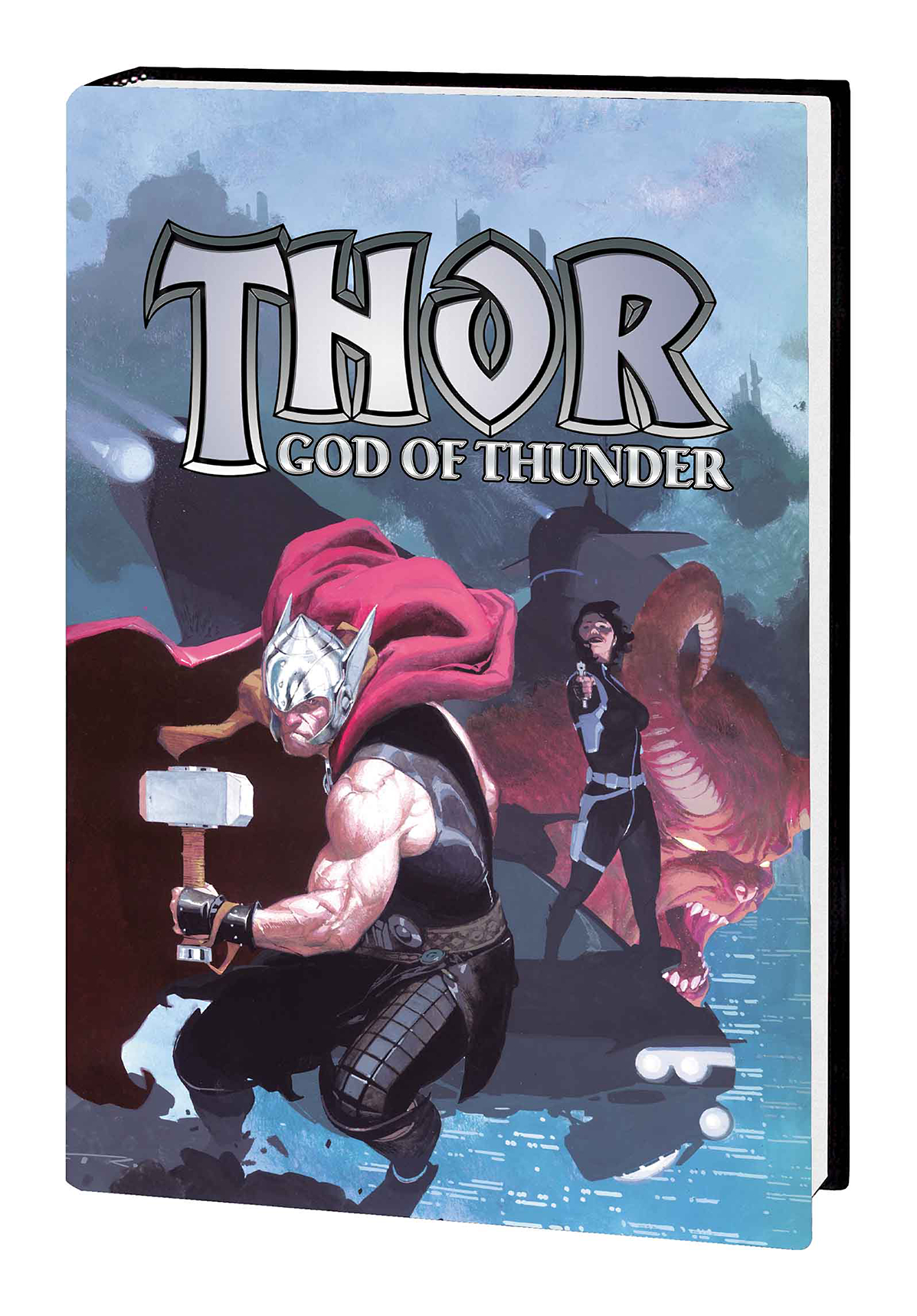 MAY140928
(W) Jason Aaron (A/CA) Esad Ribic
Thor battles to save Earth, but who can he fight when the planet itself is dying? S.H.I.E.L.D. agent Roz Solomon has a suggestion: the world's most nefarious energy company, Roxxon, and its ruthless new CEO known as "the Minotaur!" Has Thor met his match in the form of a multinational super-corporation? Meanwhile, many millennia from now, a future Thor faces a very different battle to save what remains of the earth - from Galactus! King Thor and the Goddesses of Thunder are all that stand between Galactus and the planet he's been dying to eat for a very long time. But even if Thor wins, is the Earth still doomed? And in the present, Thor makes a final stand against the Minotaur, Ulik the Troll and Roxxon's forces - but not even a god can save everyone. Collecting THOR: GOD OF THUNDER #19-24.
In Shops: Nov 19, 2014
SRP: $24.99
View All Items In This Series
ORDER WISH LIST