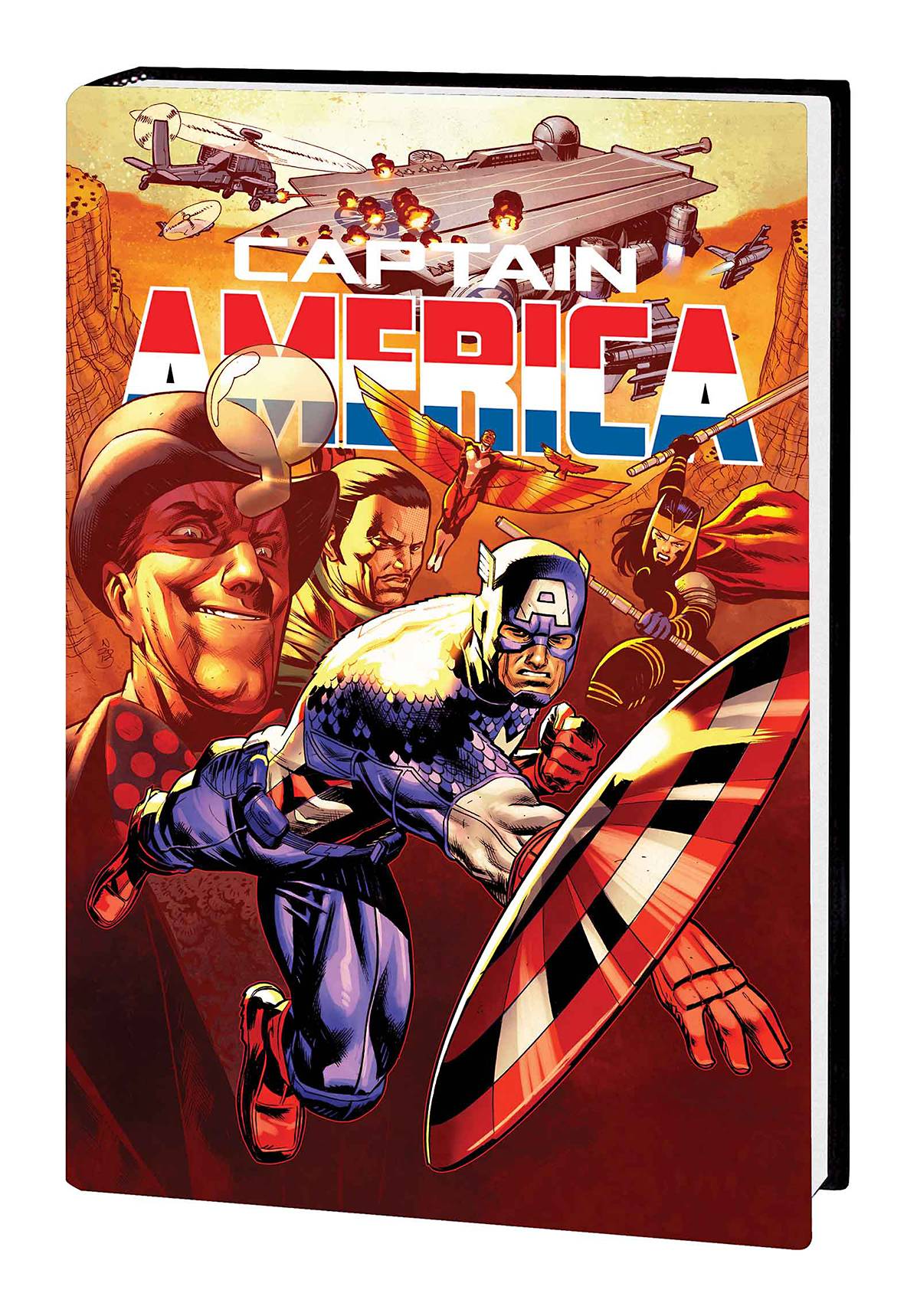 #
MAY140927
(W) Rick Remender (A) Pascal Alixe (A/CA) Nic Klein
The Weapon Minus Program has been reopened, and Captain America has become unhinged thanks to the mad machinations of the twisted Dr. Mindbubble! Jet Black, daughter of criminal mastermind Arnim Zola, allies with the Falcon - but when the mysterious and powerful Iron Nail begins assassinating the heads of the world's five largest corporations, they must make a terrible choice! Meanwhile, can Captain America put a lid on Dr. Mindbubble, or will the villain shatter Cap's already-fragile psyche? And what happens when S.H.I.E.L.D.'s greatest secrets are revealed to the world's most dangerous man? Captain America lays a final sacrifice on the altar of freedom as he takes on the Iron Nail - and is broken! This is the day when it all changes; this is the beginning of the end for Steve Rogers. Collecting CAPTAIN AMERICA (2012) #16-21.
In Shops: Aug 13, 2014
SRP: $24.99
View All Items In This Series
ORDER WISH LIST