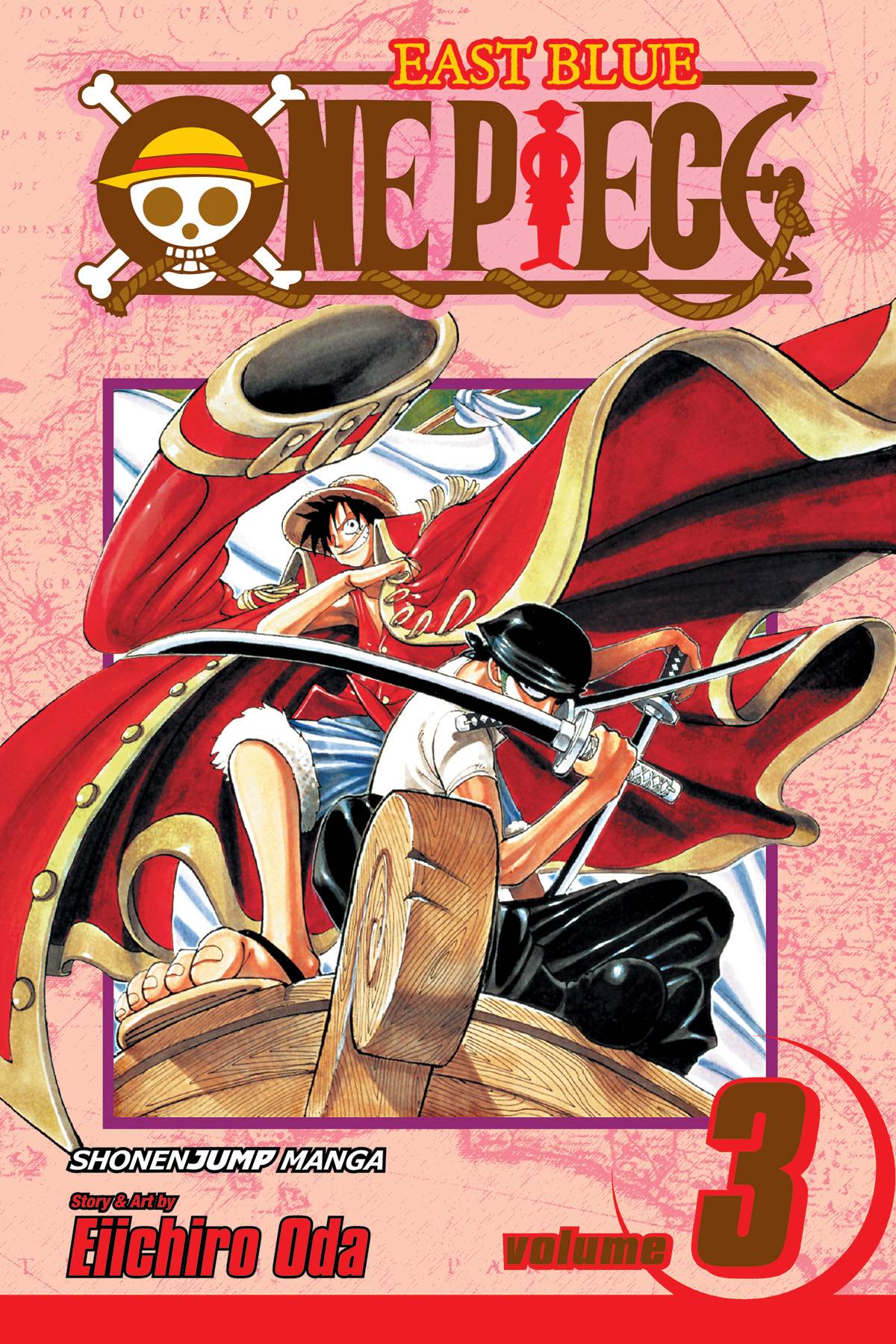 #
MAY138149
Sure, lots of people say they want to be the King of the Pirates, but how many have the guts to do what it takes? When Monkey D. Luffy first set out to sea in a leaky rowboat, he had no idea what might lie over the horizon. Now he's got a crew--sort of--in the form of swordsman Roronoa Zolo and treasure-hunting thief Nami. If he wants to prove himself on the high seas, Luffy will have to defeat the weird pirate lord Buggy the Clown. He'll have to find a map to the Grand Line, the sea route where the toughest pirates sail. And he'll have to face the Dread Captain Usopp, who claims to be a notorious pirate captain...but frankly, Usopp says a lot of things...
In Shops: Jul 03, 2013
SRP: $9.99
View All Items In This Series
ORDER SUBSCRIBE WISH LIST