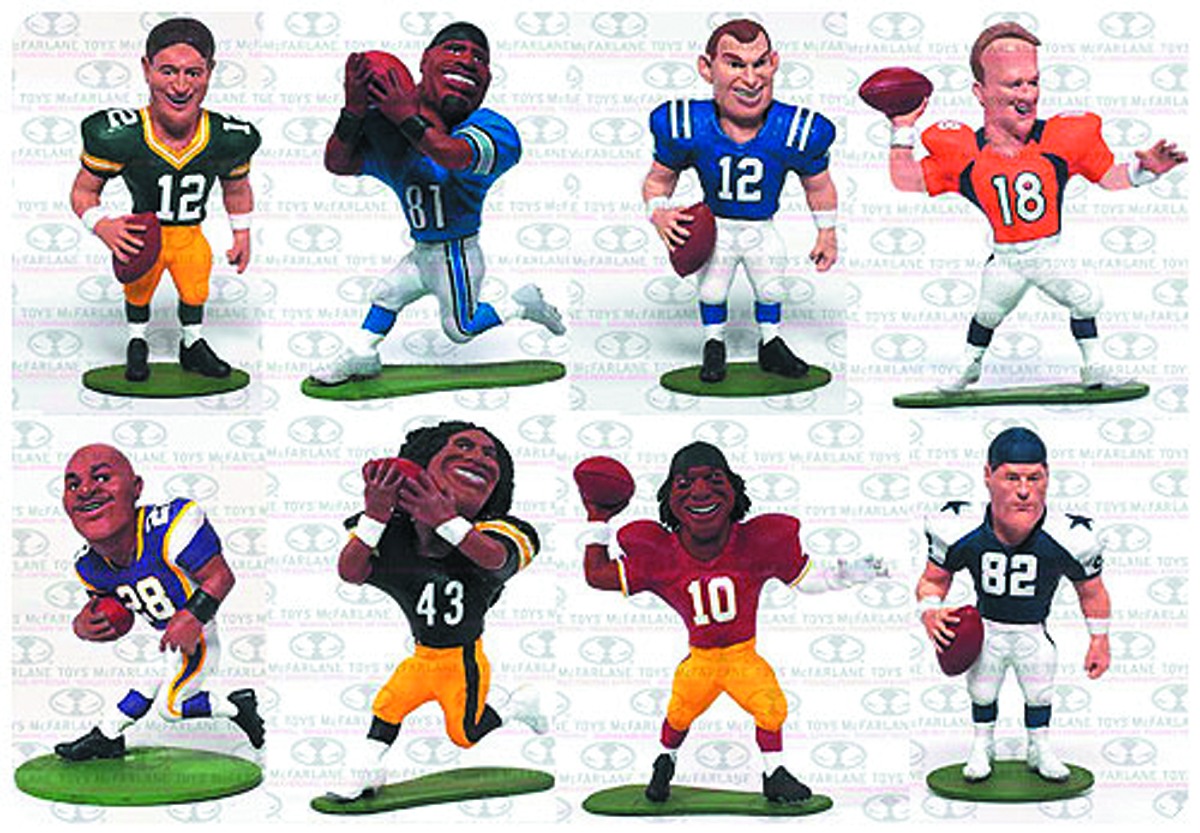 MAY131860
McFarlane Toys is bringing big talent in a small package with McFarlane's smALL PROS! These little guys, standing no more than 2.5" tall, are spunky and fun and yes, a little off the wall, caricatures of some of the biggest names in the NFL today. smALL PROS are small, stylized, playful, and something an NFL fan of any age would love to have on their desk, dashboard or locker! This first series will include: Robert Griffin III, Andrew Luck, Calvin Johnson, Jr., Adrian Peterson, Aaron Rodgers, Troy Polamalu, Jason Witten, and Peyton Manning. Also look for four different Chase Figures - variant versions of the featured players - randomly inserted in series blind foil packs!
In Shops: Aug 28, 2013
SRP: PI