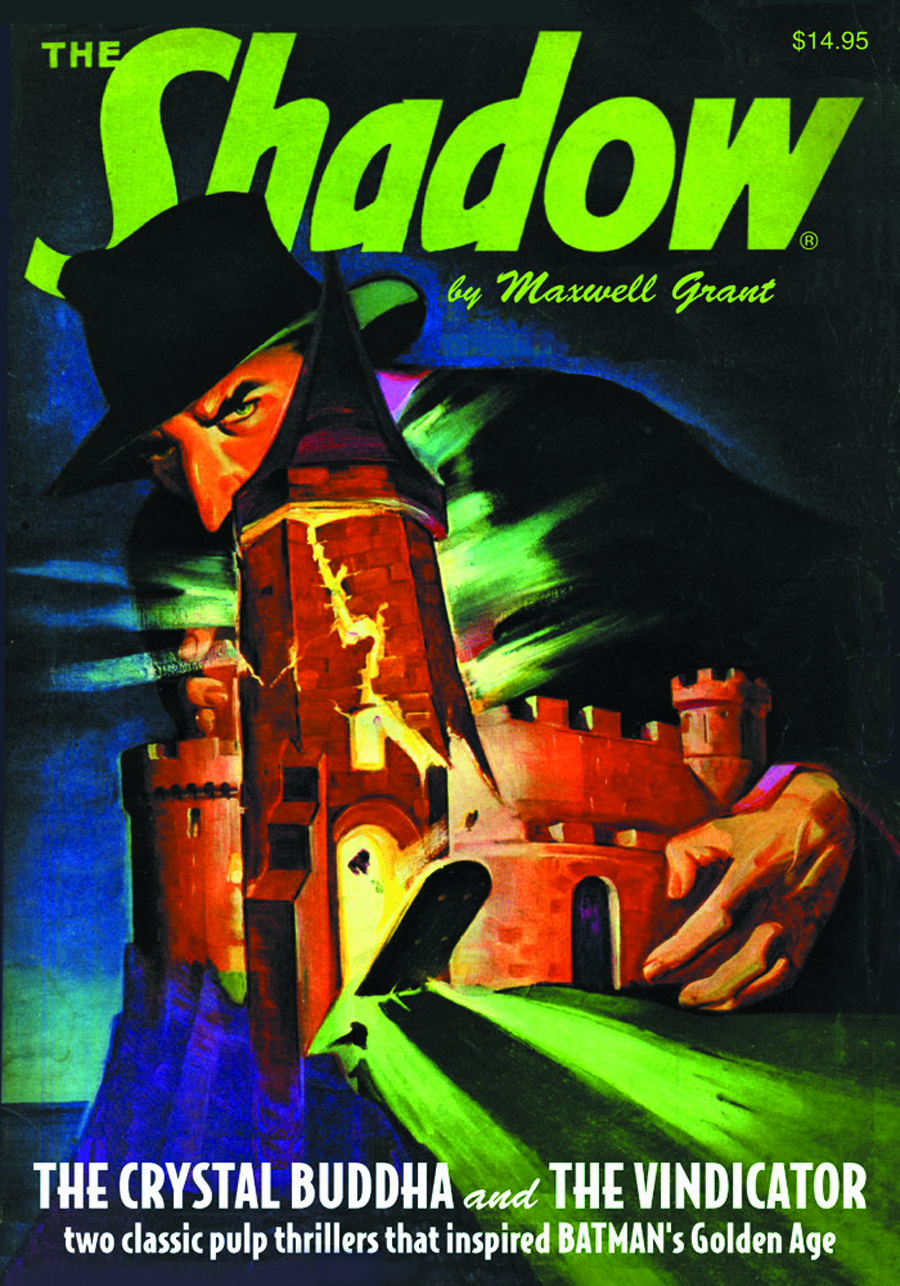 MAY131490
The Knight of Darkness proves that crime does not pay in two pulp classics that inspired Golden Age Batman stories and artwork! First, in his true identity of Kent Allard, The Shadow investigates how a dying man's bequest of "The Crystal Buddha" became a legacy of death. Then, the Dark Avenger must invade Vreekill Castle and unmask the enigmatic mastermind called "The Vindicator" before murder claims another victim!
In Shops: Jul 31, 2013
SRP: $14.95
View All Items In This Series
ORDER SUBSCRIBE WISH LIST