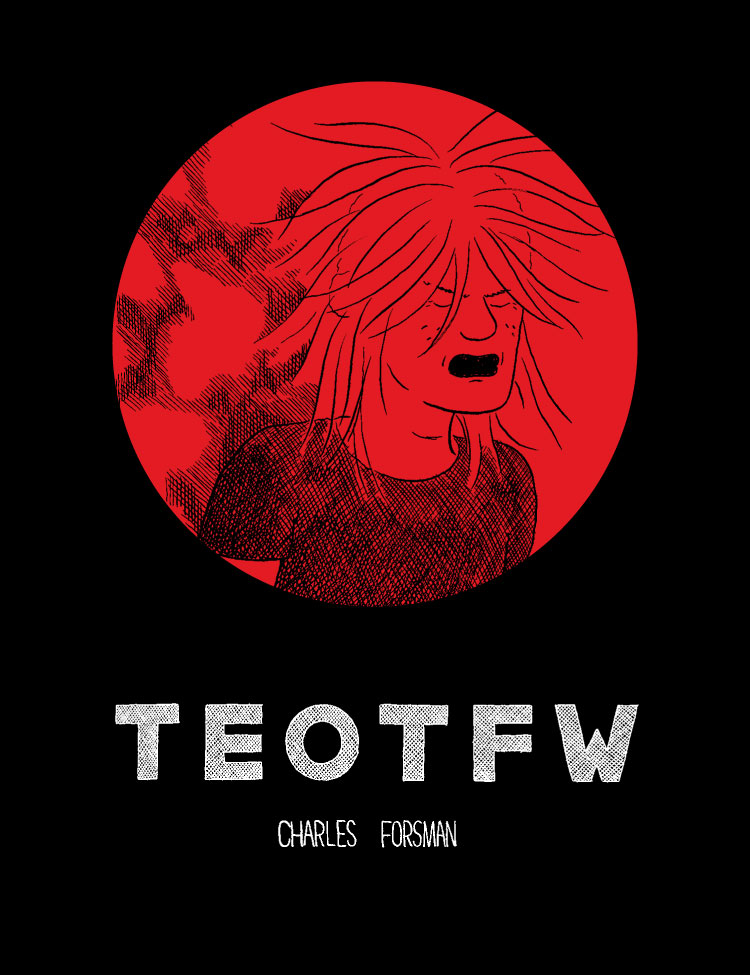 MAY131141
(W) Charles Forsman (A/CA) Charles Forsman
PREMIERE GRAPHIC NOVEL FROM "IGNATZ" AWARD WINNER
TEotFW follows James and Alyssa, two teenagers living a seemingly typical teen experience as they face the fear of coming adulthood. Forsman tells their story through each character's perspective, jumping between points of view with each chapter. But quickly, this somewhat familiar teenage experience takes a more nihilistic turn as James's character exhibits a rapidly forming sociopathy that threatens both of their futures. He harbors violent fantasies and begins to act on them, while Alyssa remains as willfully ignorant for as long as she can, blinded by young love.
Forsman's story highlights the disdain, fear and existential search that many teenagers fear, but through a road trip drama that owes as much to Badlands as The Catcher in the Rye. Forsman's inviting, Charles Schulz-influenced style lends a deadpan quality that underscores the narrative's tension. The End of the Fucking World is certain to be one of the most talked-about graphic novels of 2013.
Forsman is arguably the most acclaimed talent to come out of the Center for Cartoon Studies, a school founded in 2004 by graphic novelist James Sturm and educator Michelle Ollie in White River Junction, VT. Forsman graduated in 2008 and is a two-time Ignatz Award-winner for his self-published minicomic, Snake Oil. The End of the Fucking World is his first graphic novel.
In Shops: Aug 21, 2013
SRP: $19.99