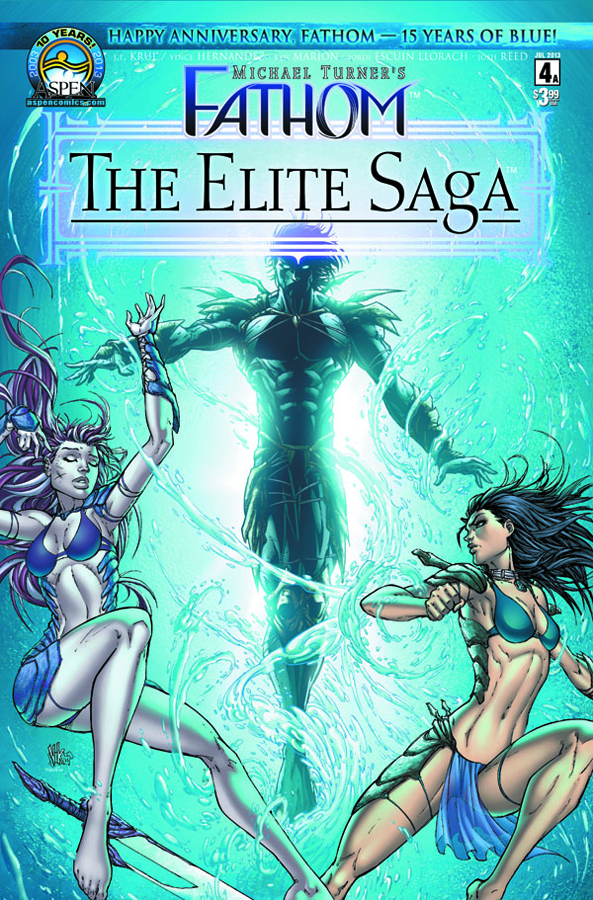 The return of one of the most significant Blue citizens to ever live will shatter the fabric of the Fathom Universe as we know it! While Anya will learn that Anika's fate may be tied to the arrival of this person-which could lead to the baby's unfortunate demise!

Aspen newcomer Ken Marion is joined by an all-star group of past and present FATHOM writers, all coming together for a FATHOM story 15 years in the making! Plus, fan-favorite artist Talent Caldwell returns with a stunning 5 part interconnecting cover that all leads up to an unbelievable new direction in the All New FATHOM Universe!
In Shops: Jul 10, 2013
SRP: $3.99
View All Items In This Series