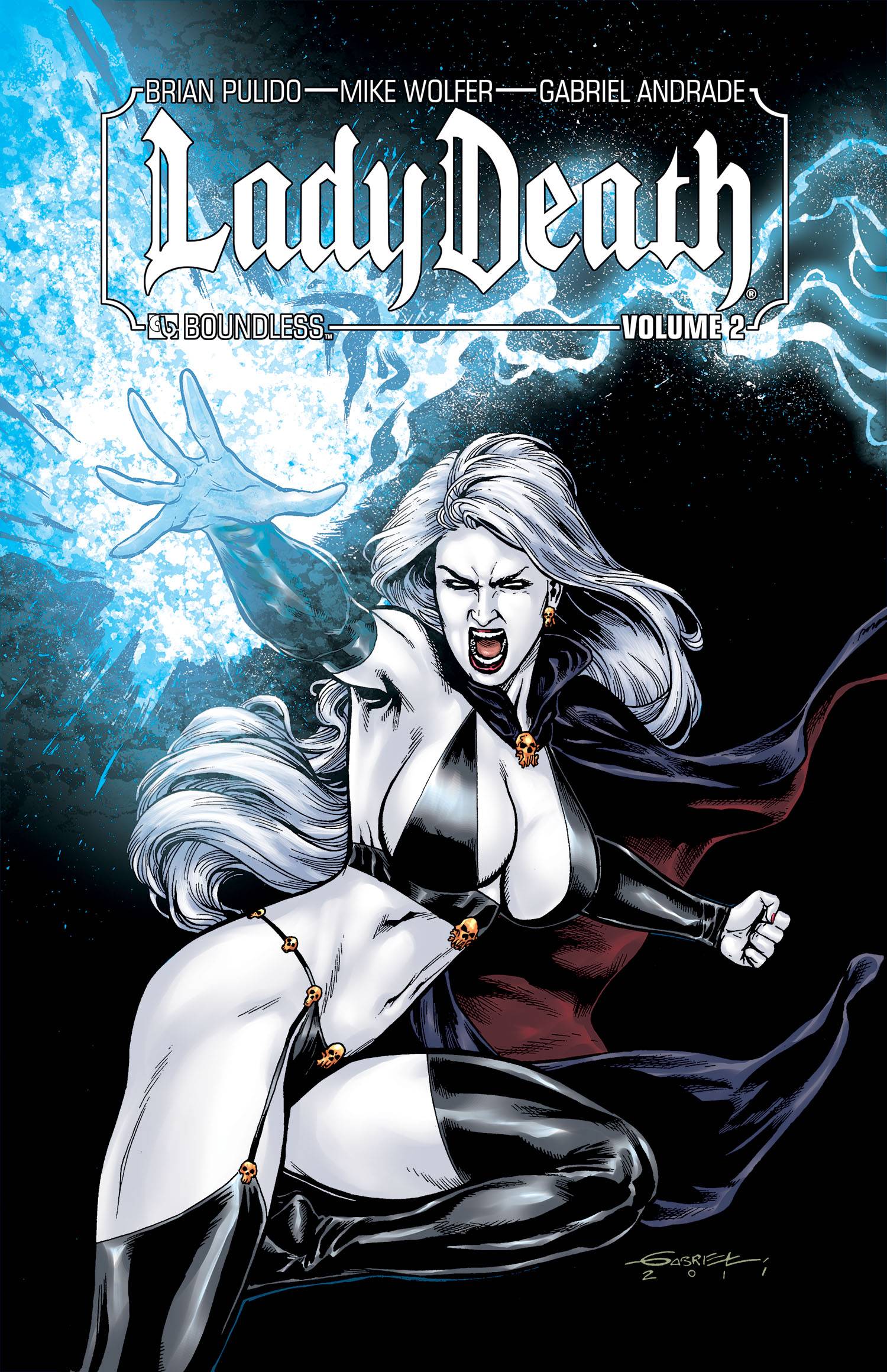 #
MAY120997
(W) Mike Wolfer (A/CA) Gabriel Andrade
When her mother was whisked away to a hellish dimension, Hope sacrificed her humanity to become Lady Death.  The second chapter of Lady Death's epic tale continues, reprinting issues 7-12 of the ongoing series!  Through years of warfare, she conquered a realm... but failed to save her mother's soul.  Now, her mother has returned, revealed as the usurper Death Queen, and Lady Death has lost both her kingdom and her direction.  Lady Death's war has just gotten intensely personal... and bloody!  Lady Death Vol 2 is available in three editions, Trade Paperback, Hard Cover, and a Signed Hard Cover Edition that features autographs of Mike Wolfer, Matt Martin, and Michael Dipascale which is limited to just 1000 copies!
In Shops: Aug 01, 2012
SRP: $19.99
View All Items In This Series