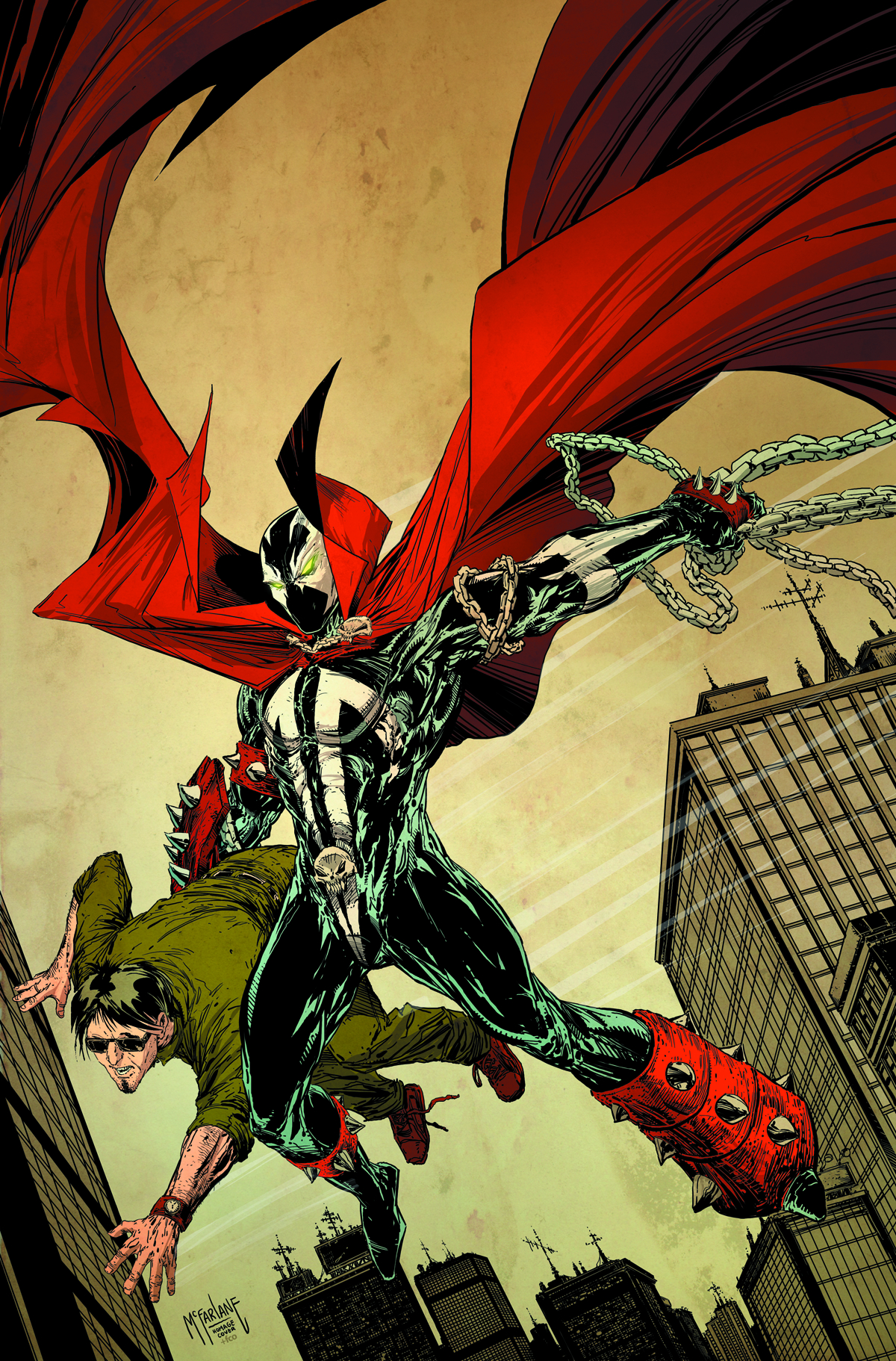 MAY120627
(W) Todd McFarlane (A) Szymon Kudranski (CA) Todd McFarlane
The new era that began in the pages of SPAWN's hallmark 220th issue continues! Featuring a classic TODD McFARLANE cover re-imagined by the legendary artist as Image Comics and Todd McFarlane Productions continue SPAWN's 20th Anniversary celebration.
Jim Downing is a man possessed by a hellish power he cannot control, by a heavenly secret he doesn't understand, and by an unstoppable drive to piece together the mystery that is his lost past. Balancing the deadly realities of his secret life as the world's newest Hellspawn with the worldwide media frenzy as a new messiah for the Digital Age, Jim begins to embrace his abilities like never before.  This all leads to a showdown with a classic Spawn adversary...
TREMOR RETURNS!!!