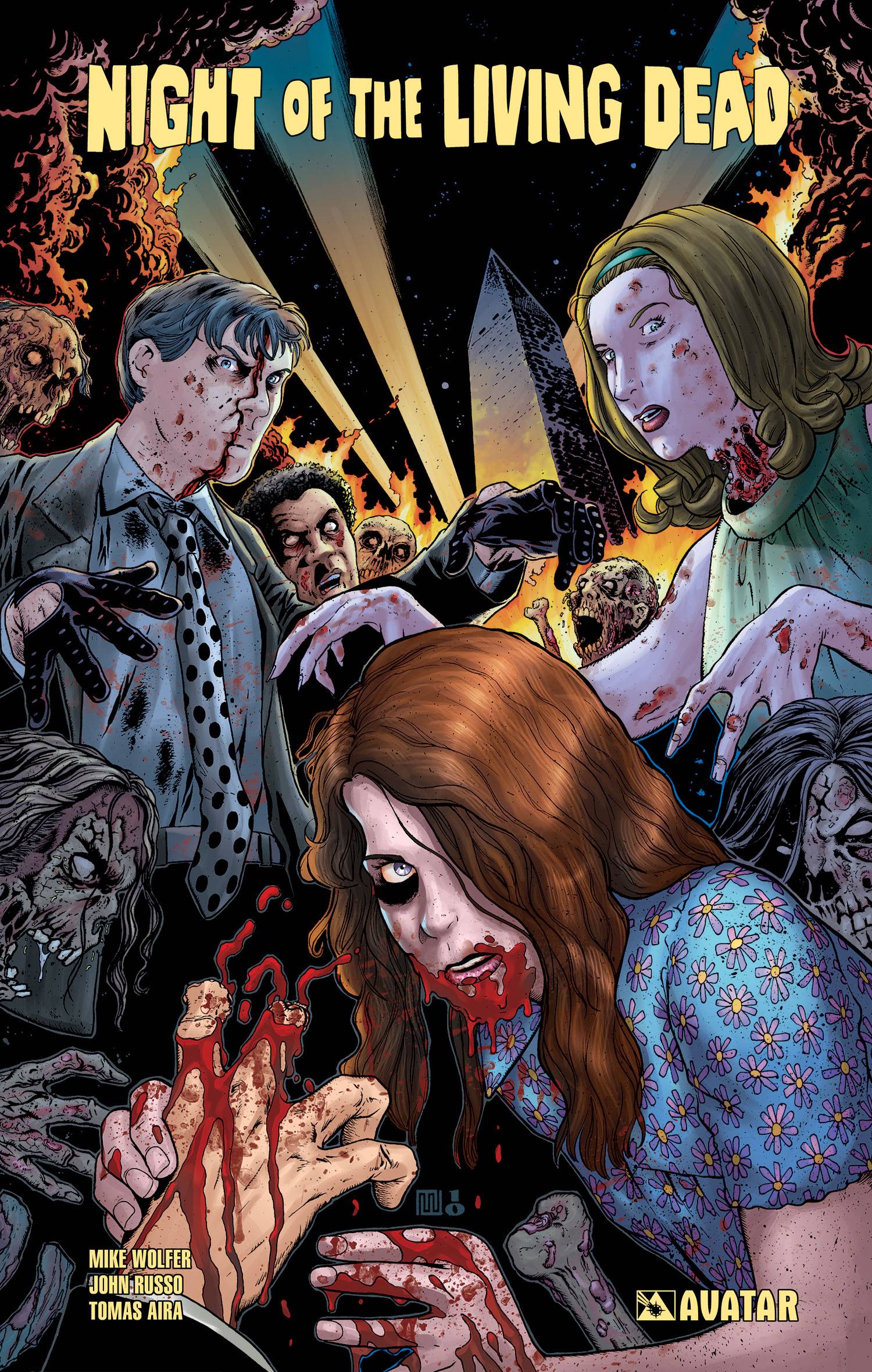 #
MAY110872
(W) John Russo, Mike Wolfer (A) Tomas Aira (A/CA) Mike Wolfer
The most horrifying night in American history continues as the next chapter of NIGHT OF THE LIVING DEAD is revealed by writers Mike Wolfer (GRAVEL, WOLFSKIN) and John Russo, the co-writer of the original film classic! Set on the fateful evening in 1968 when shocking reports flood the airwaves with accounts of the dead rising up to kill theliving, officials in Washington struggle to quell the panic-stricken public as thousands of anti-war protesters converge on Capitol Hill. With the National Guard spread impossibly thin to deal with civilunrest, Washington is completely unprepared as an unstoppable army of the undead brings its bloodthirsty reign of terror to the steps of the White House! This volume collects the five issue Night of the Living Dead mini-series as well as the Holiday Special.