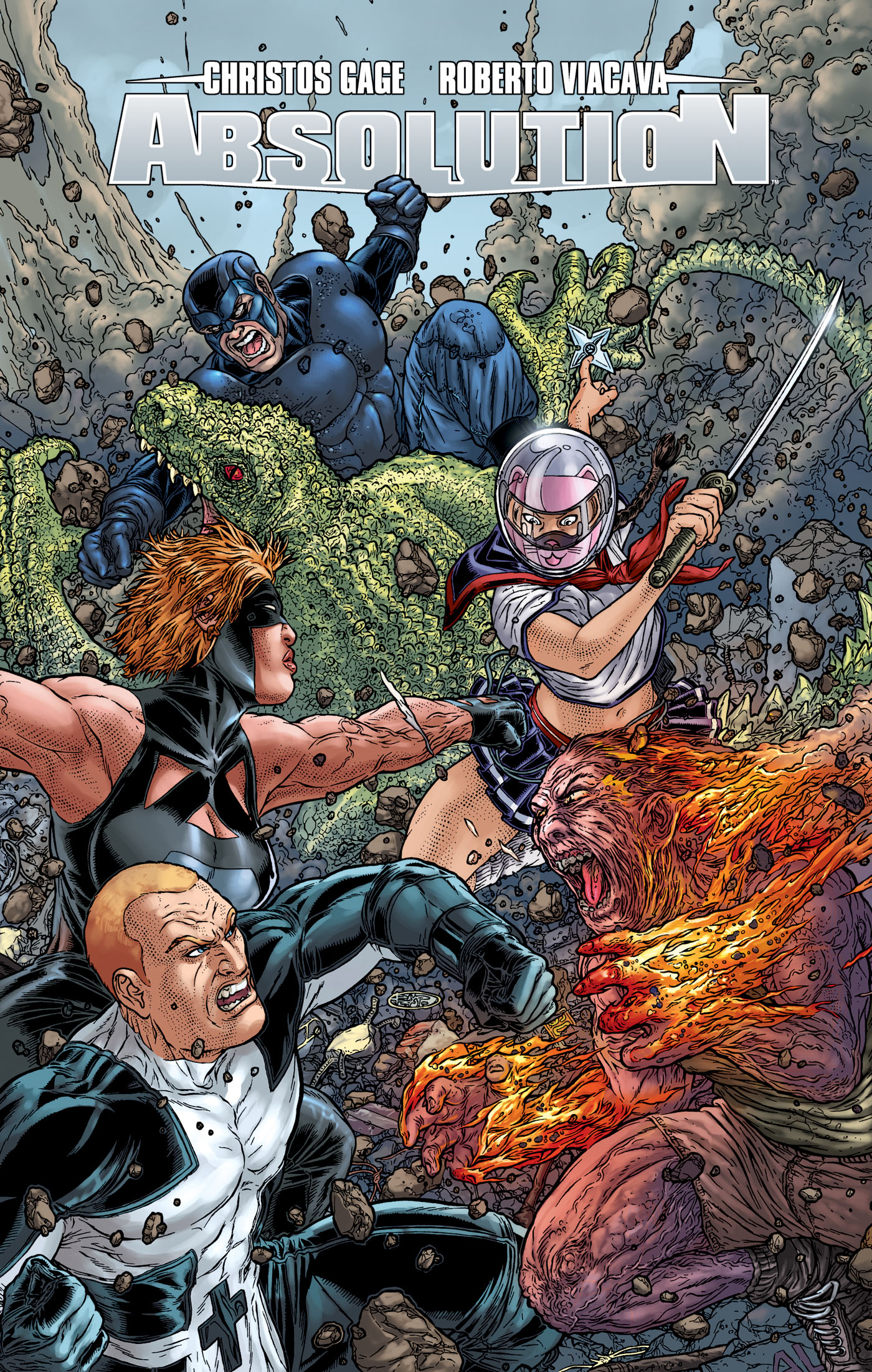 MAY100784
(W) Christos N. Gage (A) Jacen Burrows, Michael DiPascale, Paul Duffield, Matt Martin, Roberto Viacava, Mike Wolfer (A/CA) Juan Jose Ryp
One of the most critically acclaimed recent superhero stories is finally collected along with all-new material! All seven of the original issues of ABSOLUTION are here as well as a huge cover gallery and an all-new Crime Files segment with additional information on John Dusk's allies and most feared villains! You've seen Christos Gage's work for Marvel, Wildstorm, IDW, and others, but you've never seen his imagination unleashed with absolutely no restrictions... untiln ow. ABSOLUTION introduces John Dusk, a superhero in a world where they're a sanctioned arm of law enforcement. But this veteran hero has been scarred by his exposure to man's infinite capacity for evil, and he's seen one too many perpetrators escape justice. One day he crosses the line... lets a murderer die... and discovers it feels good. Surrounded by sociopaths, both human and superhuman, who he knows will prey on others if they're not stopped -- permanently -- how far will he go, knowing every step he takes puts him further on a collision course with his teammates Alpha and The Servant, not to mention his homicide detective girlfriend? Drawing on his experience writing for TV crime dramas like Law & Order: SVU, and his years of acclaimed work on comics like G.I. Joe: Cobra, StormWatch: PHD, and Avengers: The Initiative, Gage and artist Roberto Viacava bring you a riveting, no-punches-pulled saga that fans of shows like The Shield and Dexter, or comics such as Powers and Sleeper, won't be able to put down. John Dusk just wants to be forgiven... but he doesn't want to stop. This amazing collection is also available as a Hardcover edition with an all-new cover by artist Juan Jose Ryp that is limited to just 1,500 copies.
In Shops: Jul 28, 2010
SRP: $34.99
View All Items In This Series
ORDER WISH LIST