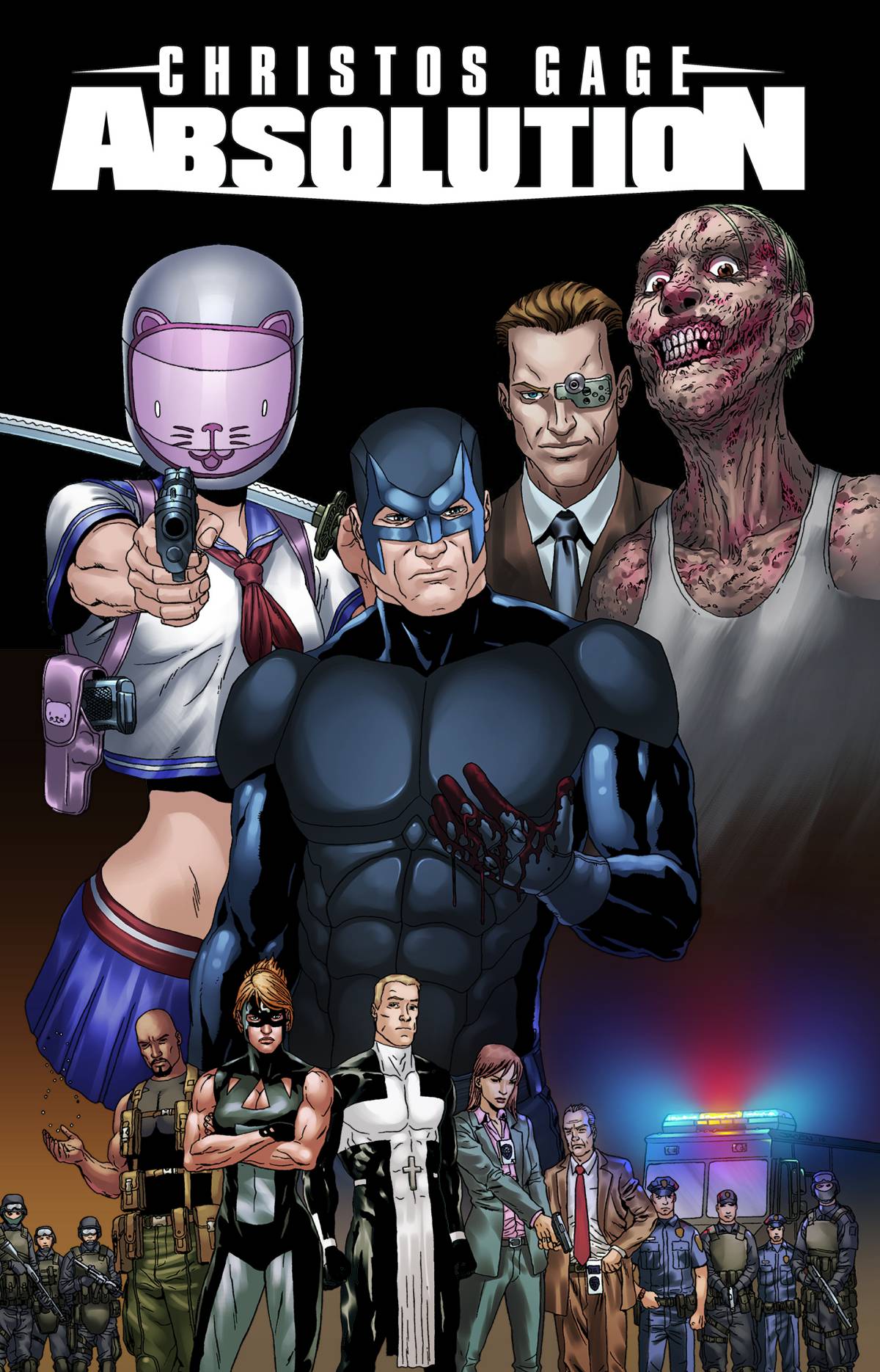 #
MAY100783
(W) Christos N. Gage (A) Roberto Viacava (CA) Jacen Burrows
Absolution introduces John Dusk, a superhero in a world where they're a sanctioned arm of law enforcement. But this veteran hero has been scarred by his exposure to man's infinite capacity for evil, and he's seen one too many perpetrators escape justice. One day he crosses the line - lets a murderer die - and discovers it feels good. Surrounded by sociopaths, both human and superhuman, who he knows will prey on others if they're not stopped - permanently - how far will he go, knowing every step he takes puts him further on a collision course with his teammates Alpha and The Servant, not to mention his homicide detective girlfriend?
In Shops: Jul 28, 2010
SRP: $24.99
View All Items In This Series
ORDER WISH LIST