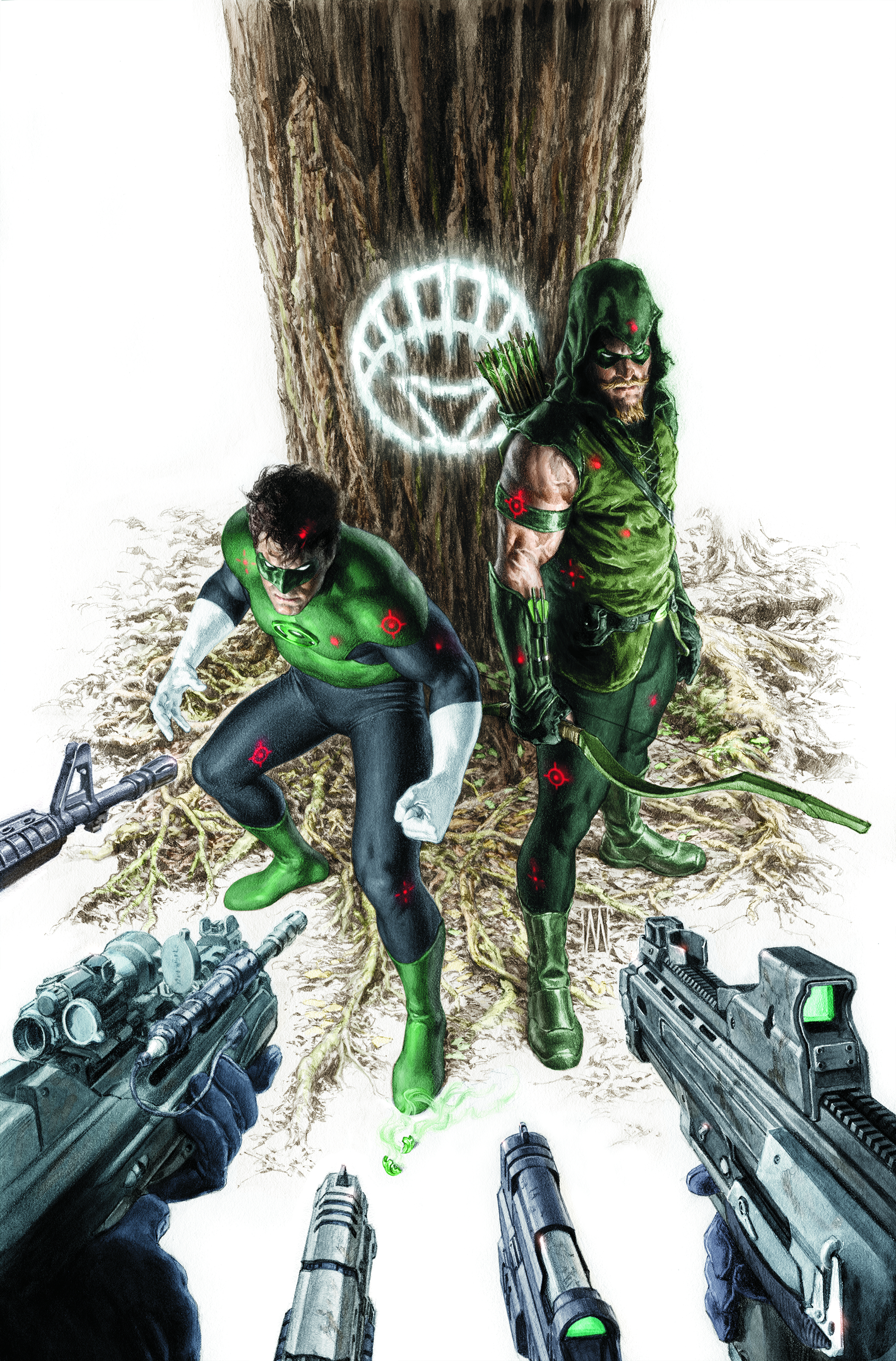 MAY100118
(W) J. T. Krul (A) Diogenes Neves (CA) Mauro Cascioli
Written by J.T. KRUL
Art by DIOGENES NEVES & VICENTE CIFUENTES
Cover by MAURO CASCIOLI
A BRIGHTEST DAY occurs in Star City after the White Ring gives birth to a massive forest downtown at ground zero of Prometheus' CRY FOR JUSTICE attack. Inside, Green Arrow has taken up residence, determined to end the rampant corruption surrounding the forest. First, he'll have to face off against the forces of his former company Queen Industries - including their new owner who has a secret connection to the Emerald Archer's past.
Just as the twelve resurrected individuals from BLACKEST NIGHT have a part to play in BRIGHTEST DAY, so does the forest. Green Lantern Hal Jordan guest-stars and don't miss an ending you'll never see coming!
On sale JULY 28
32 pg, FC, $2.99 US