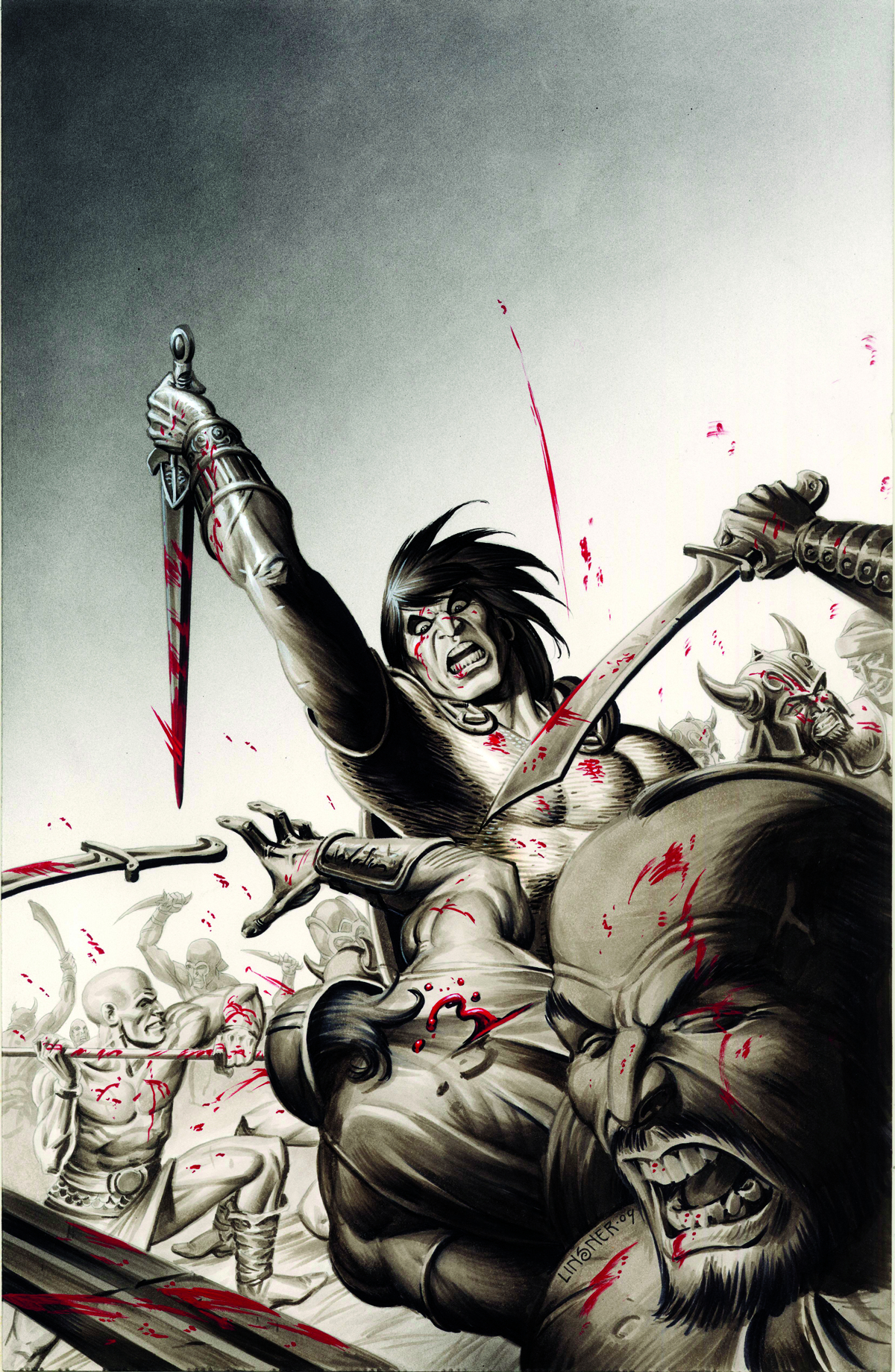 Natohk's horde of desert warriors advances on Conan's band of mercenaries and the remnants of the once-proud Khorajan army-and the Battle of Shamla Pass begins! Earning the trust and admiration of his fellow soldiers, Conan impresses everyone with his natural leadership skills and tactical instincts-but that hard-earned respect may be for naught if those defending Princess Yasmela and Khoraja are massacred by Natohk's monstrous forces. From his vantage point on a plateau, Conan looks down on his opponent, as a sea of approaching swords fills the valley. Things go from bad to worse when Natohk unveils some supernatural, deadly, and horrifying surprises. Conan's first command may be his last!

"The latest incarnation of Conan has done nothing but live up to its predecessors."
-brokenfrontier.com

The Battle of Shamla Pass begins!