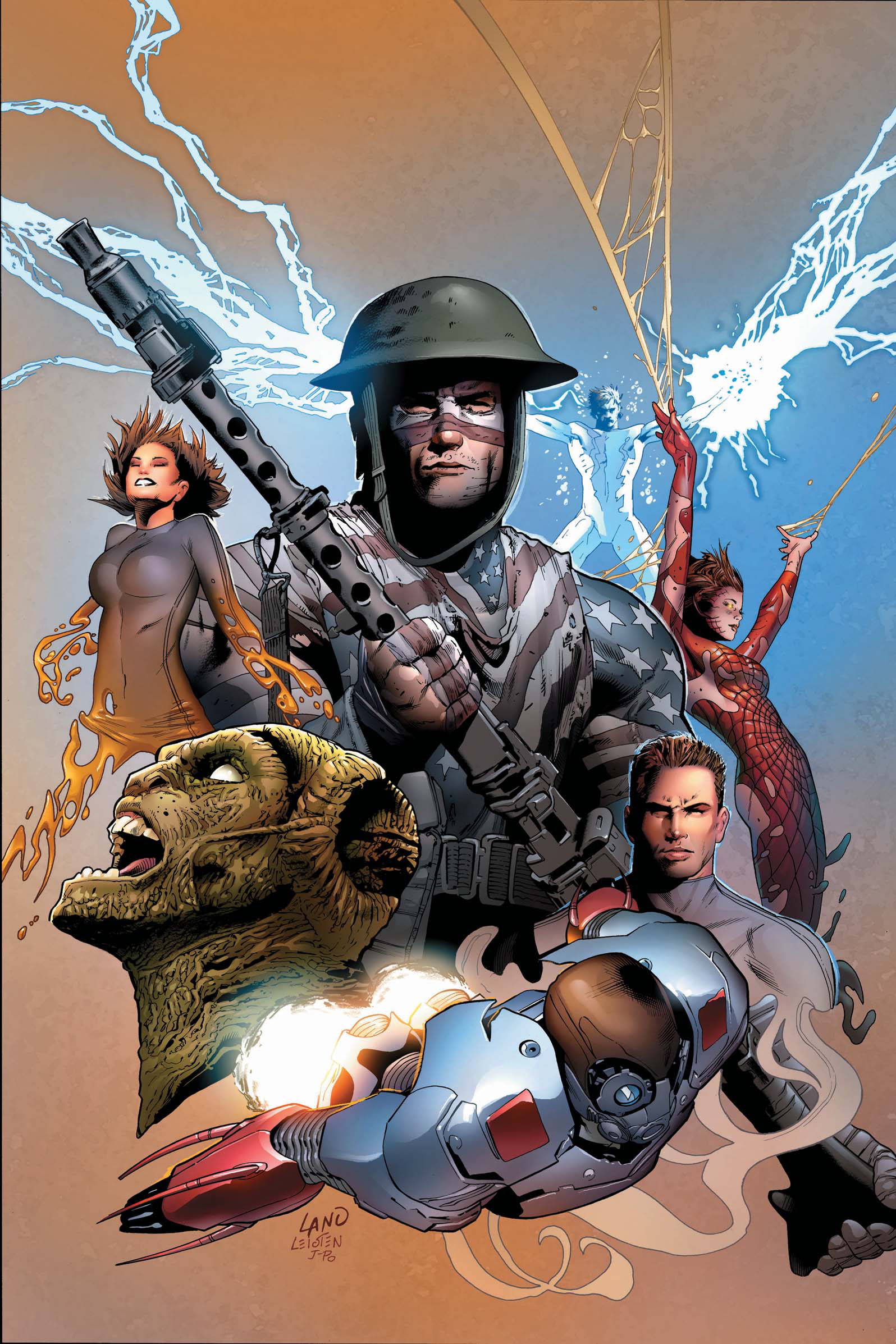 MAY082320
(W) Howard Chaykin (A) Marco Turini (CA) Greg Land
Written by HOWARD CHAYKIN
Penciled by MARCO TURINI
Cover by GREG LAND
"POWER TO THE PEOPLE" PART 1 (OF 6)
They were gods walking the Earth... powerful but flawed, they dreamed of remaking the world in their image. After their apocalyptic battle with Redstone, and after their terrifying fight with the Ultimate Universe, that dream has become a nightmare. While mankind struggles to rebuild, new heroes appear-and Nick Fury, left behind after the hit ULTIMATE POWER limited series, learns the shocking secrets of four astronauts who returned to Earth...changed. Join comics legend HOWARD CHAYKIN and newcomer MARCO TURINI to ask the question-whatever happened to the Squadron Supreme?
32 PGS./Parental Advisory ...$2.99