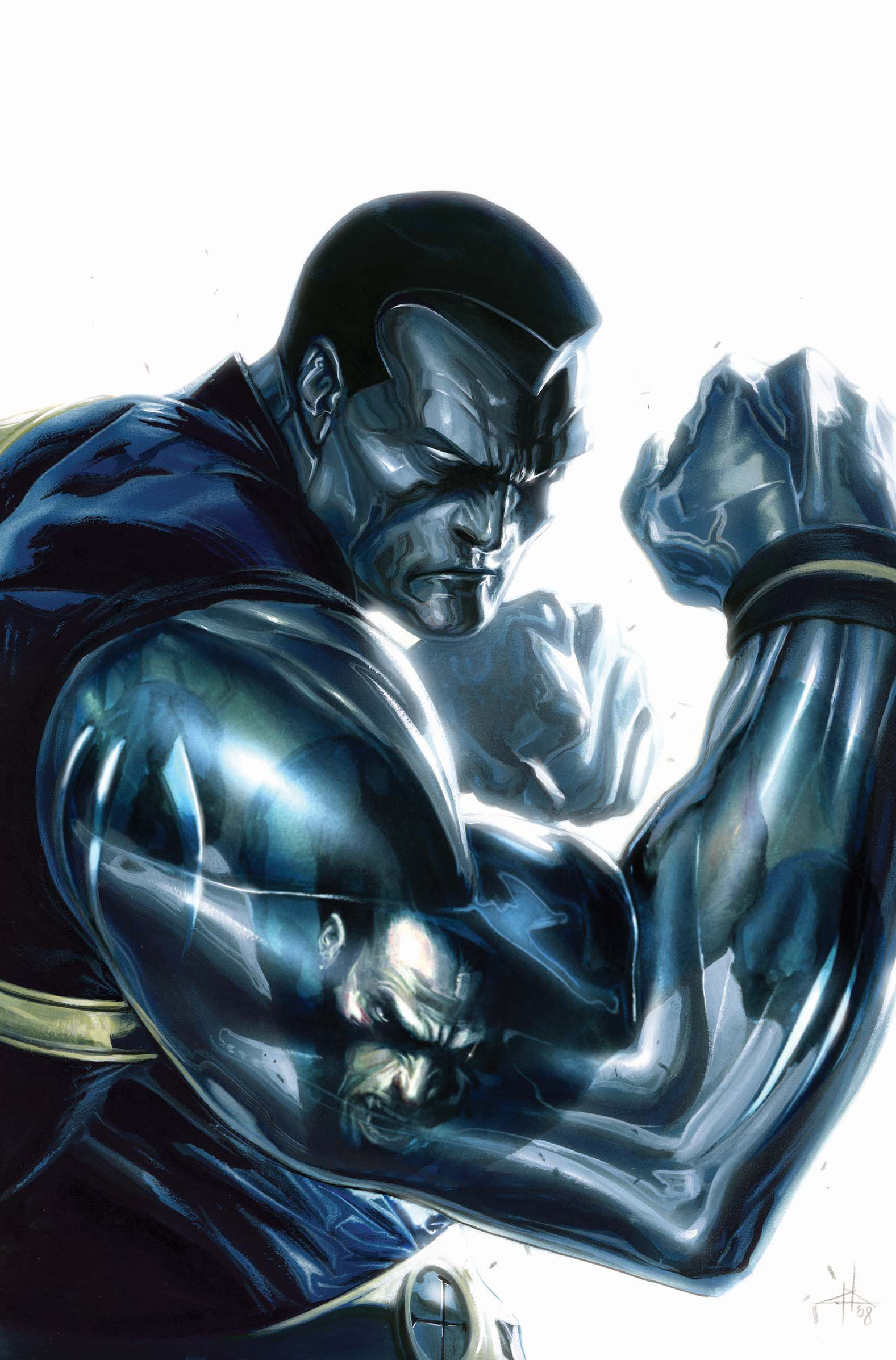 MAY082257
(W) Aron Eli Coleite (A) Clay Mann, Brandon Peterson (CA) Gabriele Dell'Otto
Written by ARON ELI COLIETE
Penciled by MARK BROOKS
Cover by GABRIELE DELL'OTTO
X-Men vs. X-Men! After their attack on Alpha Flight, Colossus and his team are wanted fugitives! Worse, they've become addicted to the insidious drug known as Banshee! Now it's up to the other X-Men to take them down. Yes, it's mutant vs. mutant! When the X-Men go to war with each other, who wins? Plus, the startling revelation of Jean Grey!  Where did she go after defeating Apocalypse?  Find out here!
32 PGS./Rated T+ ...$2.99
PRODUCT UPDATE (070208): Art chores on Ultimate X-Men #96 will be handled by Brandon Peterson and Clay Mann, not Mark Brooks as originally solicited.