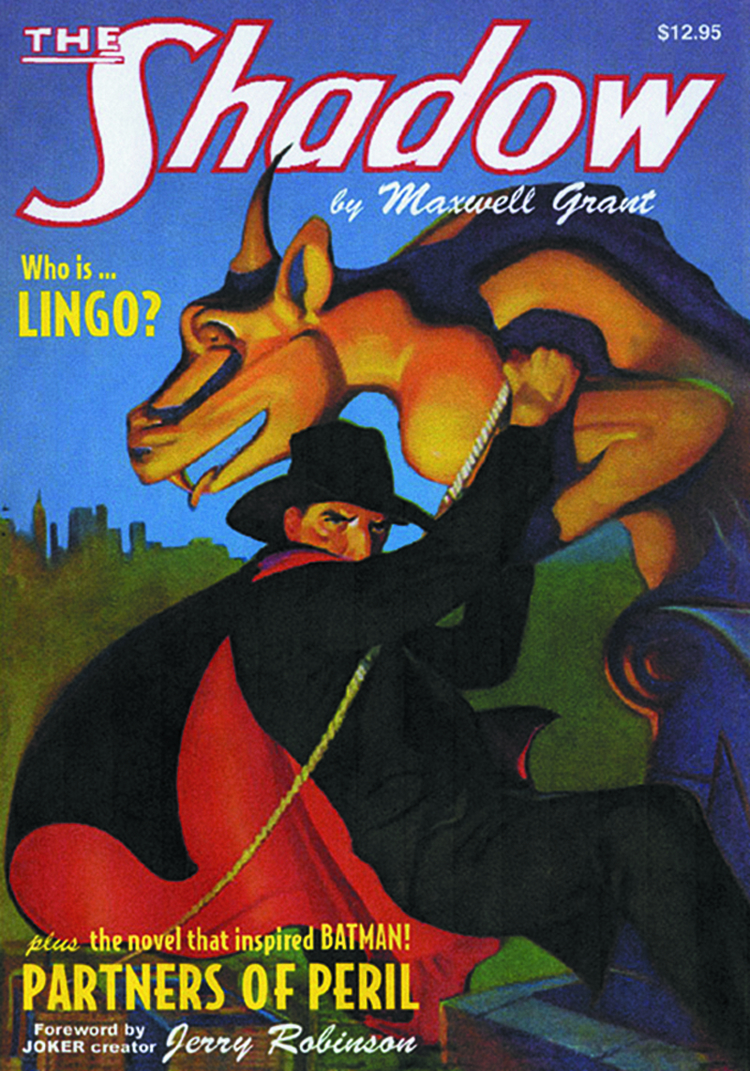 MAY073910
(W) Ted Tinsley, Maxwell Grant, Walter B. Gibson, Will Murray, Anthony Tollin, Jerry Robinson (A) Tom Lovell (CA) George Rozen
Celebrating the 75th anniversary of Batman's debut, Sanctum Books re-solicits the first edition of the book that rewrote the history of Batman! First, a powerful new underworld kingpin crosses swords with The Shadow in "Lingo," one of Walter Gibson's all-time masterpieces which introduces The Shadow's customized yellow boomerang which inspired the Batarang. Then, in "Partners of Peril" by Theodore Tinsley, Lamont Cranston investigates chemical syndicate murders in the landmark thriller that was adapted by Bill Finger and Bob Kane as Batman's debut adventure in Detective Comics #27. This extra-length volume also reprints Tinsley's "The Grim Joker," a 1936 tale introducing a clown-faced crime boss called The Joker.
In Shops: Jul 25, 2007
SRP: $12.95
View All Items In This Series
ORDER SUBSCRIBE WISH LIST