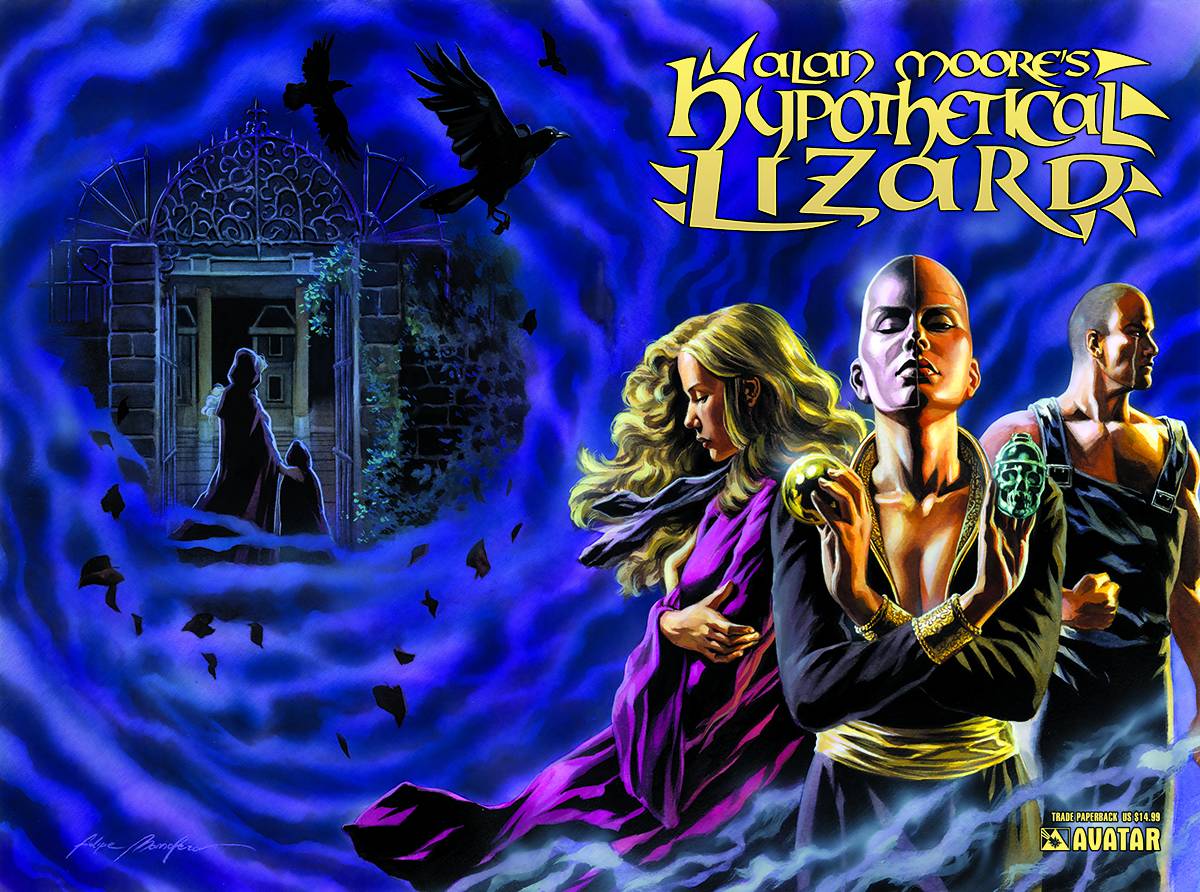 #
MAY073220
(W) Antony Johnston, Alan Moore (A) Lorenzo Lorente (CA) Sebastian Fiumara
Finally collected, here is one of Alan Moore's greatest works and his most critically acclaimed novella of all time, painstakingly adapted to comic books. Moore's frequent collaborator Antony Johnston has carefully preserved the story as it is presented in sequential form with stunning grey-painted art by sensations Lorenzo Lorente and Sebastian Fiumara. What would you pay to learn the innermost secrets of wizards? Young prostitute Som Som has made the ultimate sacrifice; literally sworn to secrecy by cosmetic surgery, the two halves of Som Som's brain have been severed, leaving her able to hear and see... but not speak or act. Now Som Som's unique attributes will put her firmly in the center of an impossible dilemma, as an old friend return to The House Without Clocks, and a deadly game of domination begins... This collected volume contains the entire four issue series, the full text of the original story, and both artist's original design sketches.
In Shops: Jul 25, 2007
SRP: $14.99