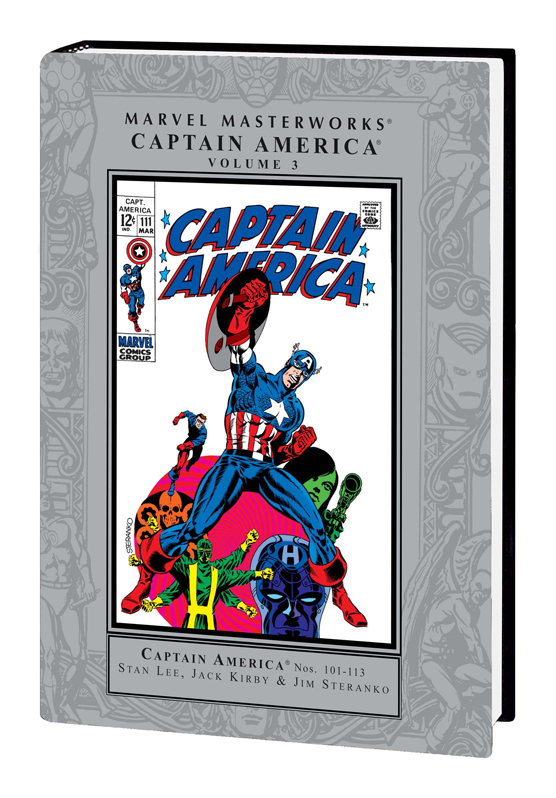 MAY062018
(W) Stan Lee (A) Jack Kirby (A/CA) Jim Steranko
Written by STAN LEE
Penciled by JACK KIRBY & JIM STERANKO
Cover by JIM STERANKO
Just in time for the Fourth of July!
Mighty Marvel is unfurling a new Masterworks crafted by an incomparable trio of talents-Stan Lee, Jack Kirby and Jim Steranko! It's the best of '60s Marvel dynamism and design in one Captain America-packed volume!
It's all set off by four-issue rumble with the Red Skull! When the Nazi ne'er-do-well attachs an H- Bomb fuse to Cap, he has no choice but to serve the Skull or America will suffer nuclear annihilation! Even a healthy thumping on Batroc the Leaper and the Trapster, can't cure the Man Out of Time's woes over his lost companion, Bucky. Relive Cap's amazing origin and learn how he met Bucky Barnes.
If all that calamity from "The King" Kirby wasn't enough, strap on your psychedelic crash helmet for a course in Steranko! The master of the medium will take you on a ride like none other with Cap vs. the Hulk, the return of Bucky, and the death of Captain America in a battle with Hydra. We don't need to say it, but we can't help ourselves-'Nuff Said!
Collecting Captain America (Vol. 1) #101-113.