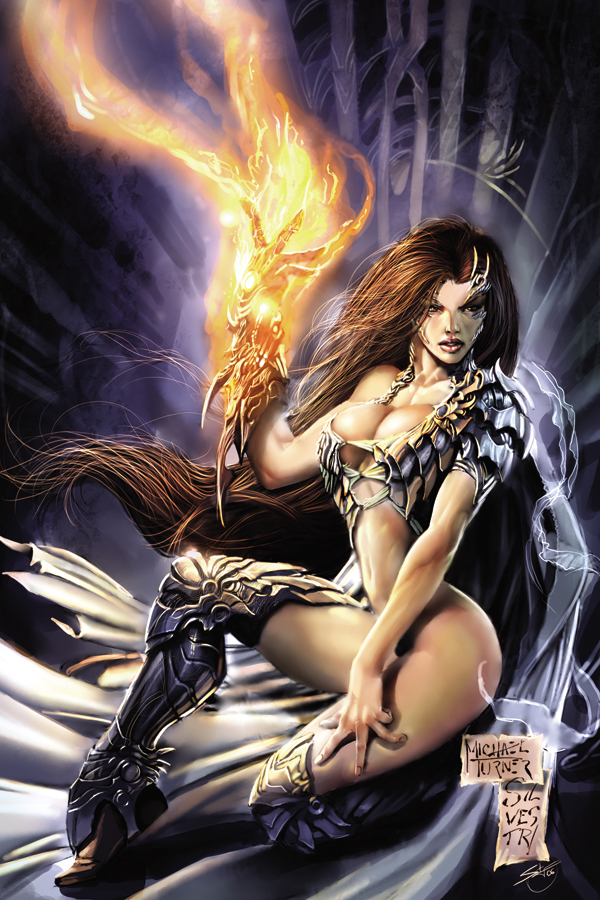 MAY061780
(W) Ron Marz (P) Mike Choi, Adriana Melo (Col) Sonia Oback (Cov) Marc Silvestri, Michael Turner, Mike Choi, Animated
Witchblade reaches its 100th issue with a milestone story that will shake the book to its very core! New York City Police detective Sara Pezzini has been the wielder of the mystic weapon known as the Witchblade since issue #1. But Sara realizes nothing lasts forever as she faces a friend turned deadly enemy ... and only one of them will survive! Writer Ron Marz has been building to this story since the beginning of his acclaimed run, bringing closure to the past and setting the stage for the future. Outgoing penciler Mike Choi pulls out all the stops in his Witchblade swansong, joined by new regular artist Adriana Melo. Plus, a shocking ending you have to read to believe! The winds of change are blowing, bringing in a new era of Witchblade greatness!
Four covers available by Turner, Silvestri, Choi and Animated!!