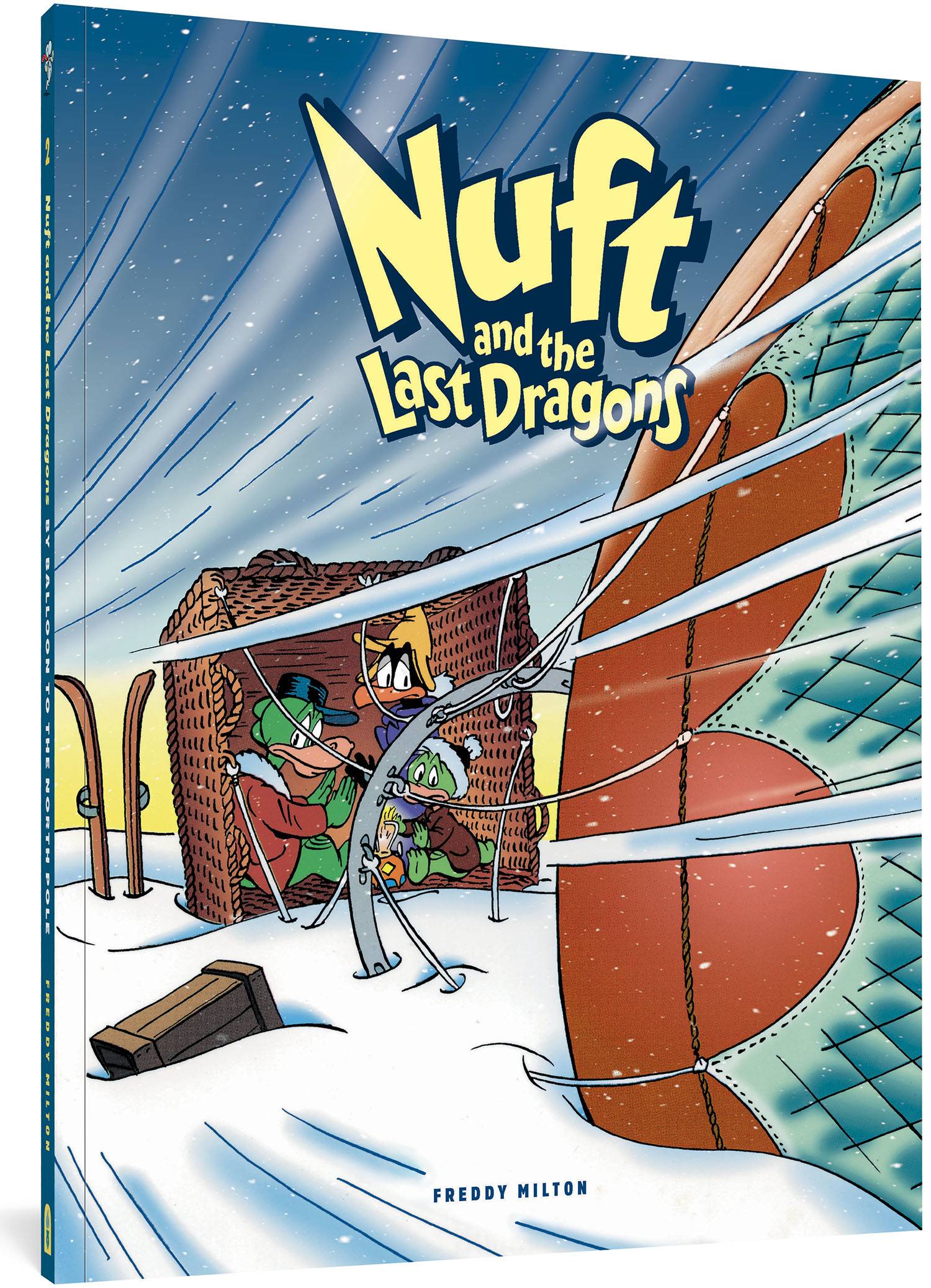 #
MAR221626
(W) Freddy Milton (A/CA) Freddy Milton
Epic comics adventures quick-cooked in dragon fire: the Nufts are back! This time Nuft and Nicky take to the skies  - and battle a mad graffiti artist - or do they?
For a clan of fire-breathing dragons, Nuft, Nicky, and Nellie fear that their family is sadly ordinary - until the discovery of Cousin Nilbert and his 1907 balloon trip: little-known but record-setting if true. Nuft and Nicky must recreate the voyage to prove it's possible... but they face deadly weather and a high-flying saboteur! The Nufts' creator, Danish cartoonist Freddy Milton, is best-known for decades of beloved Donald Duck and Uncle Scrooge comics adventures. Now you can soar skyward to meet Milton's self-created, sizzling hot stars! And "By Balloon to the North Pole" is just the start! In "Animal Graffiti," Councilman Siegel forces Nuft to hunt down a mad street artist named Orva - never guessing it's Nuft himself in disguise! Then, "Nicky's Centennial" doesn't seem like a big deal - dragons are still kids at just 100 years old! - but Nuft's "better self" convinces him to fund the birthday party by taking up a life of crime!
In Shops: May 11, 2022
SRP: $22.99
View All Items In This Series
ORDER SUBSCRIBE WISH LIST